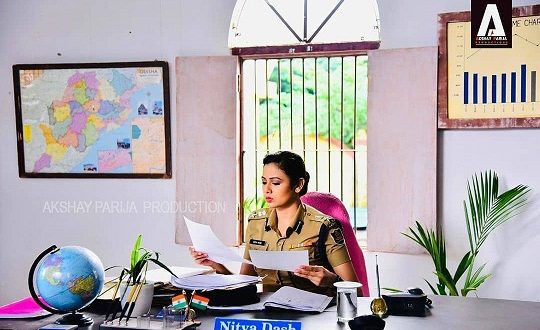 Bhubaneswar:21/9/20: Jiban o jibika or life and livelihood was and is always the principle of  Akshay Parija Productions As probably Odisha’s only ISO9000 certified production house, This production house completed the shoot of their upcoming film Durgatinasini by defeating the covid19 pandemic disease with strict adherence to health safety standards.

Durgatinasini  scheduled to be released on Odia entertainment TV channel Zee Sarthak during Durga Puja. Featuring in lead role  Archita Sahu and ‘Hello Arsi’ fame Partha Sarathi Ray, the movie is being directed by Raja D, who is popular for his music videos, the cinematography of the film is being handled by Pratap Rout

The movie has three songs composed by Goodly Rath. Archita is playing the character of  IPS officer Nitya Das, the second time after ‘ACP Sagarika’. She said, “The only similarity in both the characters is honesty. The character of a police officer I portray in this movie is honest, similar to ‘ACP Sagarika’. But the scenario and story are completely different. This film also stars Jeevan Panda, Choudhary Bikas Das, and soma Bhomouick 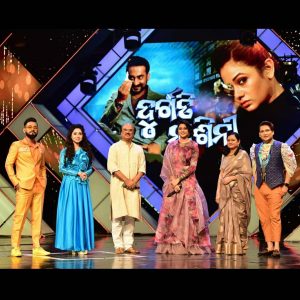 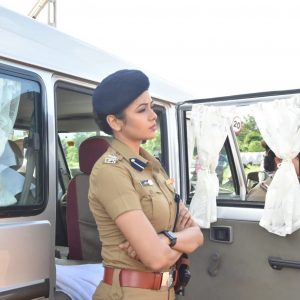 Durga, the goddess, is said to be known by as many as one hundred names, and one among them is Durgati-nashini – literally meaning the one who wipes out or removes distress and hardship. She is also revered as shakti-rupa, the incarnation of power, one who would empower the devotee with such power that he or she would be able to overcome all hardship and overpower the evil. The question at this time of the year when the community is engaged in the worship of Durga is: will Devi be able to empower the common person so that he or she can stand up and face the real-life Mahishasuras and overcome the durgati – hardship? Will the Goddess listen to the cry of the common citizen who has been at the worst receiving end, who has been passing through the hardest of time? All these question answer will be revealed  by the main protagonist Durgatinasini   IPS   Nitya Dash on  Zee Sarthak during Durga Puja