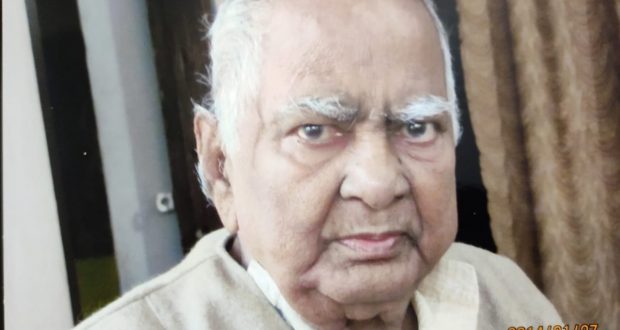 Cuttack:20/9/20: Bira Kishore Mohapatra an eminent theatre personality was passed away on the 19th of  September,2020 in his Cuttack residence. Mohapatra has produced  MAA PARI KIEA HEBA  .based on the story of Ram Chandra Behera and directed by Late Sisir Mohan  Pati. Bira Kishore Mohapatra was born on January 1st,1932.   Mohapatra’s from his days of busy official engagements before retirement from service as an officer under the Government of Odisha has remained devoted to Dramatic-activities and after retirement from Govt. Service, he turned himself into a full-time devotee to Cultural activities. Shri Mohapatra, on his own merit, was a Play writer, TV and Radio Artiste (Drama), a Producer and Director, and an able Organizer/ Promoter of Cultural activities in Cuttackcity, his Home-Town. Here we give details about his work 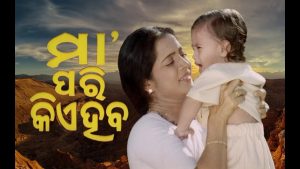 Social relevance was presented / Stage, TV, and the A.I.R.

(ii)  “SATYAM SIVAM SUNDARAM”, a Stage show, based on the 20-Point Programme of the State Govt. was exhibited at Rabindra Mandap for the Legislatures of the State ( MLA-Show).

(iii)   The National Channel of Door-Darshan has also telecasted “CHAKABANDI ASICHHI” written and acted by Sri Bira Kishore Mohapatra with some selected Artistes, has growing demand to produce & telecast the other episodes of the Serial.

(iv) Department of Forest &Environment, Govt. of Odisha has forwarded One script “CHETTANA” written by Sri Mohapatra, on Environment & Pollution Control to Doordarshan for production and telecasting.

(v) The Dy. Commissioner, Transport has recommended the Script “RAMU DADA” written by Sri Mohapatra basing on the theme “Discipline in Driving Motor Vehicles by the professional Drivers” to Doordarshan, Bhubaneswar for Production.

“SATYAM SIVAM SUNDARAM”, a Stage Play. & Many other Operas and Dance-Dramas.

(C )  ACTING :     (i) He has acted in main roles for many Historical, Mythological, and Social Plays staged at different parts of the State such as:

(ii)      He was a recognized & registered Artiste of the AIR, Cuttack & Doordarshan, (while at Cuttack), and also involved in different Cultural activities to date.

(iii)      He also had acted in some Feature Films and Tele-Films produced under some established Banners.