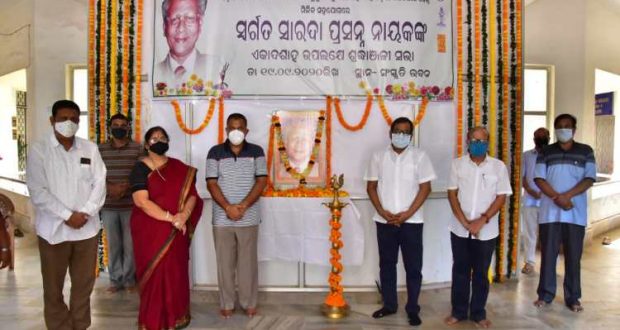 The Geeti Kabita award given by Odisha Sangeet Natak Academy will be named after Sharada Prasanna Nayak and the award amount will be increased to Rs 2.5 lakh.

The award will be presented every year. Sharad Prasanna Nayak gifted with an unmatched talent in the field of music and left behind indelible memory of his work and creation as a lyricist, producer, and music director.

The Culture Department and Kelucharan Odissi Research Centre will jointly organize an 11th-day meeting in his memory to pay respect to the noted lyricist  at Sanskruti Bhawan.