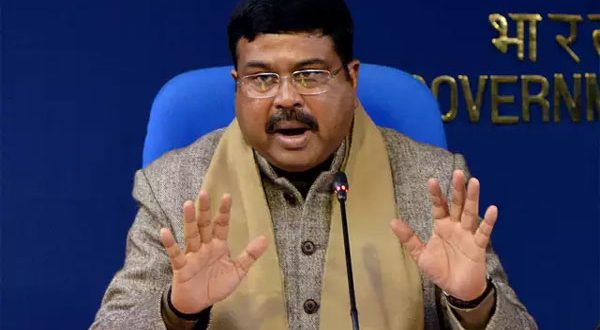 Bhubaneswar:15/9/20: Opposing an ordinance passed by the Odisha government to amend the Odisha Universities Act, 1989, Union Petroleum Minister Dharmendra Pradhan sought the intervention of Union Education Minister Ramesh Pokhriyal ‘Nishank’ saying that the changes promulgated by the State are not harmony with the Central government policies.

In a letter to the Union Education Minister, Pradhan also stated the Odisha Universities (Amendment) Ordinance, 2020 is in contrary to the vision of Prime Minister enshrined in the National Education Policy, 2020 to promote autonomy of academic institutions to pursue excellence in teaching and research.

He added the amendments made to the Odisha Universities Act, 1989, are in contradiction with extant practices in other States.

He further said the amendments will strip away the autonomy of Universities in the State. “Replacing the important role and functions of the apex Senate body with the bureaucratic Syndicate body, which will effectively be run by State Government appointed nominees, including Secretary to the Syndicate who will also be appointed as the Registrar,” the letter read.

Citing the Supreme Court judgment in the Osmania University Teachers Union vs State of Andhra Pradesh, Pradhan said the ordinance will be struck down in court.

On September 4, 2020, the Odisha government passed the ordinance to amend the Odisha Universities Act, 1989. The ordinance is yet to be discussed in the State Legislative Assembly.