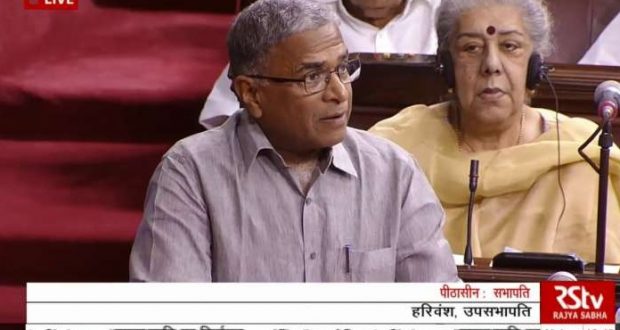 New Delhi: 14/9/20: JD(U) MP Harivansh Narayan Singh who is the NDA candidate was re-elected as Rajya Sabha deputy chairman by a voice vote on Monday.

Singh was elected as the deputy chairman of the House for the second time. The opposition parties had proposed the candidature of RJD MP Manoj Sinha for the post.

Prime Minister Narendra Modi congratulated him on his becoming the deputy chief of RS and said that be it as a journalist or social worker, the JD(U) leader has endeared himself to many.

PM Modi said he belongs to all sides of the aisle and added that he has conducted proceedings in an impartial manner.

Harivansh’s name was proposed by BJP president JP Nadda and the leader of the House Thavarchand Gehlot seconded it.