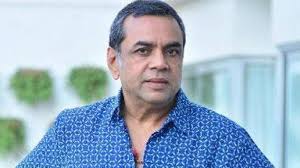 Newdelhi:12/9/20: Veteran Actor Paresh Rawal has been appointed as Chairman of National School of Drama Society by President of India Shri Ram Nath Kovind. Union Minister of State for Culture & Tourism Shri Prahlad Singh Patel congratulated Shri Paresh Rawal and said that his talent will benefit the students and artists of the country.

Mr. Paresh Rawal has been appointed to the post of Chairman, NSD Society for four years. Mr. Rawal is an actor par excellence in both Theatre and Film. Its been almost four decades of him serving the film and theatre industry for which he has won numerous awards, including the prestigious National Film Award for Best Supporting Actor in 1994. In 2014, he was conferred with the Padma Shri, the fourth highest civilian award in India, for his contribution to the entertainment industry. He also served as a former member of Parliament.

Commenting on the appointment Vice Chairman, National School of Drama Society Dr. Shri Arjun Deo Charan said “We are really happy with the decision of the government to appoint Paresh ji for this position. Our students, faculty members, and others will get benefits to work with the veteran actor. National School of Drama will be immensely benefited by his long experience in the field.”.

The Staff members of National School of Drama are delighted to have an extraordinary actor and a fantastic human being as their Chairman. The whole NSD family is eagerly waiting to welcome him on the campus and share the vision to work with more determination and dedication for the growth of the Institution which has been playing a pioneering role for Indian culture to make India a Vishwa Guru.

Established in 1959, the National School of Drama is an autonomous organization, fully financed by the Ministry of Culture, Government of India. One of the foremost theatre training institutions in the world, NSD had it’s inception under the aegis of the Sangeet Natak Akademi and became an independent entity in 1975. It offers a 3-year, full-time, residential training program in various aspects of theatre. The enviable list of alumni and faculty members have ensured that the institution remains at the helm of performing arts – several theatre practitioners who passed from the prestigious institution, including playwrights, actors, directors, set and light designers, and music directors, have enriched the Indian theatre and continue to do so. Apart from theatre, the artistic manifestations of NSD alumni have often left an indelible mark in other media as well. There are two performing wings of NSD – the Repertory Company and Theatre-in Education Company (TiE) that started in 1964 and 1989, respectively. Along with NSD, New Delhi four centers have been established at Varanasi, Gangtok, Agartala and Bengaluruunder consolidation of outreach programme.

2020-09-12
Editor in chief
Previous: PM addresses the ‘Grih Pravesham’ event:Interacts with beneficiaries under PMAY-G
Next: India and the United States held a bilateral 22 Inter-sessional meeting