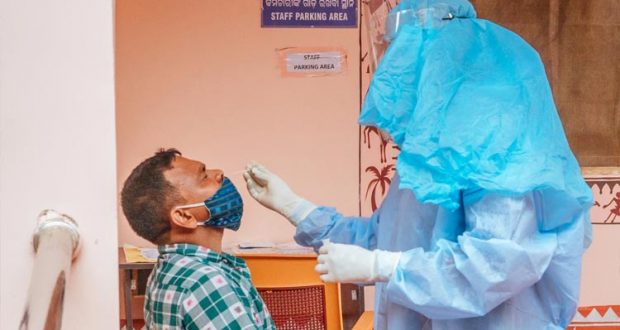 “Regret to inform the demise of Nine Covid positive patients while under treatment in hospitals,” tweeted State Health and Family Welfare Department.

Bolangir, Cuttack, Ganjam and Khordha (one in Bhubaneswar) districts reported two deaths each while one casualty was reported from Rayagada district.

Of the fresh cases reported from across 30 districts, 1961 were detected from various quarantine centres while 1306 are local contact cases.

The Health and Family Welfare Department shared the details of nine Covid-19 positive patients who succumbed while undergoing treatment in hospitals.

2020-09-04
Editor in chief
Previous: As many as 550 more persons, including 31 media persons, tested positive for COVID-19 in Bbhubaneswar
Next: Bhubaneswar-Surat direct flight services is all set to resume again from September 9, 2020.