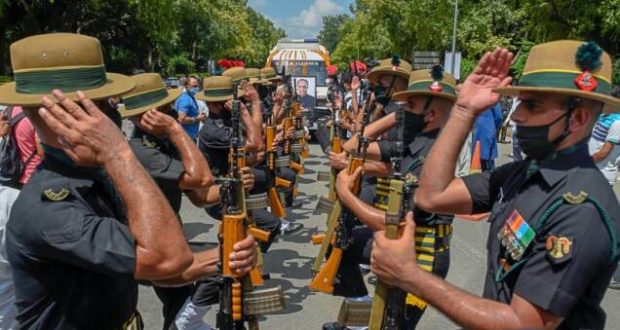 Prime Minister in a tweet said Pranab Mukherjee would be remembered by generations for his efforts towards India’s progress. The former President was taken for the last rites in a hearse van instead of the gun carriage with the pall-bearers wearing personal protection equipment kits as per the COVID-19 protocol. The Union Cabinet condoled the sad demise of Pranab Mukherjee. The Cabinet also observed silence for two minutes in memory of the former President. Cabinet resolution said, in his passing away, the country has lost a distinguished leader and an outstanding parliamentarian. The government had announced a seven-day state mourning as a mark of respect to the former president. A seven-time parliamentarian and recipient of Bharat Ratna, India’s highest civilian honour, he was one of the most admired and respected political figures.