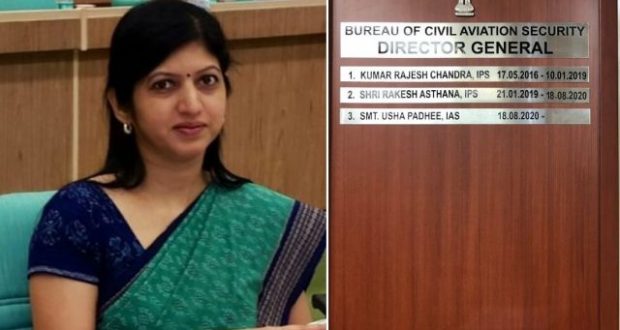 New Delhi:29/8/20:Odisha cadre IAS Usha Padhee has become the first woman officer to be appointed as the DG of the Bureau of Civil Aviation Security.

With this new appointment, Smt. Usha Padhee became the first woman and third IAS officer to have been appointed to the post. She is a 1996-batch IAS officer, has been on Central Deputation since July 2015. She has been serving as the Joint Secretary in the Ministry of Civil Aviation.

Padhee is an alumnus of Gulbarga University, Karnataka, from where she has pursued Civil Engineering. She has served as sub-collector of Baliguda, Kandhamal.

Rakesh Asthana, who was earlier serving as Bureau of Civil Aviation Security’s DG, was recently posted as the DG of BSF.