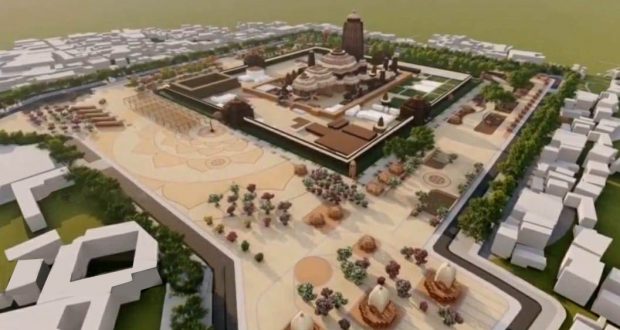 London (UK):26/8/20: London, will soon be known as the ‘Jagannath Dham’ of Europe, with the construction of a grand Jagannath Mandir Temple Complex in the capital city of the United Kingdom. The plans for this divine project were unveiled by The Jagannath Temple Trust, UK, a charitable organisation founded by eminent UK based Odias, at the 41st Annual Convention of the Odisha Society of United Kingdom (OSUK) held on 23rd August 2020 in the presence of several dignitaries from Odisha and India.

This year’s OSUK Convention was held on an online digital platform in view of the Covid-19 pandemic and was attended by nearly a thousand members of the Odia diaspora living in the UK, USA, Europe, India and other parts of the world.

It has been a long-cherished dream of UK based Odias to spread Jagannath Culture in their adopted land and to establish a dedicated Lord Jagannath temple. The UK already has temples to the deities of some of the holy Hindu ChaarDhaams. However, the absence of a dedicated temple to Lord Jagannath has been acutely felt by the Odia community in the UK that has an established presence in the UK for well over half a century, with numbers rapidly expanding year-on-year. This dream of UK Odias will now be realised by The Jagannath Temple Trust, UK which aims to complete the construction of a majestic Jagannath Mandir in the Greater London region by 2024. The Trust is currently finalising an appropriate site in the Greater London region for the temple.

The Founder Trustees of the Jagannath Temple Trust, UK, comprise many eminent Odias– all of whom are long-standing residents in the UK, and prominent members of OSUK. The Trust has been set up with initial funding through generous donations from the Odia community in the UK. The charitable organisation revealed that the project will be a community-led affair, in which the main stakeholders will be devotees of Lord Jagannath, with the UK Odia Community playing a pre-eminent role. A Membership Drive, inviting devotees to become stakeholders and partners in this spiritual journey was also inaugurated on this occasion. London is one of the most expensive cities in the world, the Trust estimates the cost of constructing the Jagannath Mandir to be 4 million British Pounds. It aims to raise these funds entirely through generous donations from the UK Odia and Hindu community, Jagannath devotees across the world, corporate entities, philanthropic organisations and support from governmental organisations in the UK and India which was also kickstarted on this occasion.

The Trustees disclosed that their vision has been guided and endorsed by several eminent religious saints and scholars immersed in the service of Lord Jagannath, and have been assured of all support by the Maharaja of Puri, Gajapati Maharaja Shri Dibya Singha Deb and Union Ministers Shri Dharmendra Pradhan and Shri Pratap Chandra Sarangi. They have also received tremendous encouragement from several Jagannath Temple Organisations across the world. The Jagannath Temple project was enthusiastically welcomed by the participants at the 41st OSUK Annual Convention and has already seen active participation even by Odia children and youngsters – who have pledged to become Youth Volunteers to raise awareness of the project and raise funds for the construction of the temple.

The Vision of the Jagannath Temple Trust is to promote the universal humanistic Jagannath culture and encourage religious harmony between various communities in the UK, besides enhancing spiritual and cultural activities that reflect the unifying composite spirit of Sanatana Dharma and it’s the eternal principle of Vasudhaiva Kutumbakam.  The Trust envisages that the Jagannath Mandir will become the epic-centre of Jagannath culture in the UK and Europe and an easily accessible prominent landmark in London that will attract thousands of devotees and tourists from across the world. The Mandir Complex will also be a hub for the propagation of Hindu philosophy, and the promotion of educational, social, cultural, and philanthropic activities associated with Lord Jagannath and the hallowed land of Odisha.

The Jagannath Temple Trust UK has embraced technology and established an active digital presence on social media such as Facebook (JagannathTempleUK), Twitter (@JagannathaUK), Instagram and has a dedicated YouTube Channel (@JagannathTempleUK) and webpage (www.jagannathtemple.org.uk). It also rolled out it’s Digital Vision which encompasses the establishment of a spiritual and cultural hub, an eLibrary to preserve and showcase Jagannath heritage and literature, and a gateway and communication medium to devotees to connect with the Mandir to facilitate puja offerings, broadcast live events, and enable physical and digital participation in temple activities. All inquiries may please be directed to contact@www.jagannathtemple.org.uk 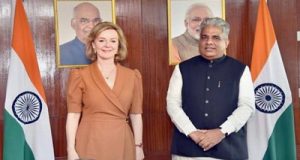