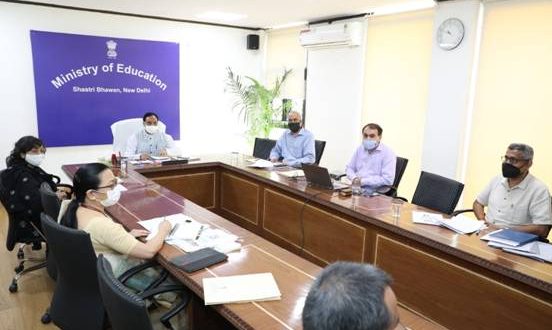 During the meeting, Shri Pokhriyal stressed on the transparent working of the Institution so that it may produce better results. The Minister also discussed on strengthening the examination mechanism. He said that if we found some irregularities within the institution then we should take tough actions against the culprit. He directed NIOS officials that that if you receive any complaint against NIOS examination centers then you should resolve the complaint as soon as possible. He also directed NIOS officials to reform in examination process so that no one can question on the integrity of the prestigious institution. The Union Minister suggested creating a dashboard that must contain detailed information and contacts of all centres across the country. It will have all the information and suggestions from stakeholders so that transparency will be increased in the system.

The Education Minister said that NIOS is the world’s biggest open schooling system and we should use it more effectively to provide education to the grass-root level. He said that we should also use its network to provide literacy to illiterate people of our country. He directed officials to form a team to review the possibility on this matter.

Shri Pokhriyal also reviewed the courses offered by NIOS for their students. He was briefed that NIOS is offering multiple subjects for their students. The Minister suggested that we should make NIOS syllabus on the line of NCERT so that students can get a better understanding of the subject. The Education Minister directed NIOS to review the courses which are offered by NIOS so that some new courses may be added as per the need of the students. Shri Nishank asked NIOS not to use the recycled paper for publication of their books because it is not good for the health of the students. He asked NIOS to use only fresh paper for their book publication.

The Minister also reviewed the work of NIOS during COVID-19 crisis. NIOS briefed him that they are running four channels for their students out of which two are dedicated for secondary and higher secondary level NIOS officials informed that they are now providing 6 hours fresh content daily to their students including weekends which were only for two hours before the COVID-19 crisis. They informed that under PM E-Vidya programme they are providing videos of these classes on Diksha platforms as well. NIOS officials also told that they are planning to add 6 new courses at secondary and higher secondary level in the near future.

NIOS officials said that National Institute of Open Schooling (NIOS) has entered into an MoU with Army Educational Corps (AEC) on 14th June 2016, for a Joint Project known as NIOS Education Project for Indian Army (NEPIA) to upgrade the educational qualifications and Human Resource Quotient of Indian Army troops. They are now working on Hindi translation for NEPIA courses so that it may reach to more students.

The Education Minister also reviewed the vacancy position in NIOS and directed them to fill all the vacancies as soon as possible. 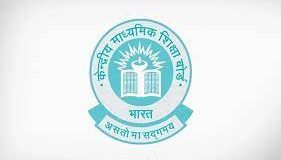