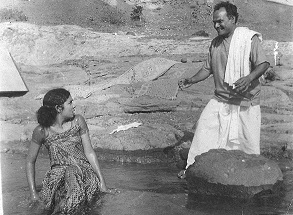 Down the Memory Lane: Sesa Srabana (The Last Monsoon, 1976)

Unlike most major/older regional Indian cinemas, the ‘Golden Age of Odia Cinema’ began pretty late in the 1960s, when most other Indian cinemas were getting done with theirs. This was the era of authentic adaptations from local literature, relatable stories of the soil topped with felt acting and good, entertaining and free-flowing meaningful cinema that had yet to be

segregated into the rigorous, technical confines of art and commercial cinema. A consistent actor talent from this era, who went on to become one of the major meaning makers in Odia cinema is actor-writer-director and occasional music maker,  auteur filmmaker Prashanta Nanda. Sesa Srabana, Nanda’s modest directorial debut, also happens to be the last of the

‘authentic’ Odia films to leave a lasting impact before good Odia cinema went on to register its subsequent peaks in clearly demarcated and distinct art and commercial spaces.

Sesa Srabana is constructed as a simple slice-of-life fable narrated in flashback mode on a loss recognised much too late. Sania (Nanda) and Makara (Hemanta Das) are childhood friends from the fisherfolk community of a coastal Odisha village. A thunderstorm, one evening washes in Manika (Mahashweta Ray), floating on a tattered raft into the life of Sania, who rescues and takes the abandoned lass to his home on Makara’s insistence. The kind-hearted Makara, an orphan, shies away from the additional calumny of having to nurture a young, unrelated girl in a conservative society. Since Sania lives with his mother, his house seems a safer bet. The mother-son duo nurse Manika back to life, who in turn starts nursing an unarticulated love for her rescuer  Sania  ‘bhai’.  It is strengthened further when her shrewish step mom refuses to take her back for having stayed with a low caste family and Manika returns to Sania’s care. In an interesting turn of phrase, Manika is revealed to belong to the higher Brahmin caste. Like any close-knit, idle, rural community it doesn’t take long for the vicissitudes of her life to become the village talking point and the gossip pastime of its idle Brahmin gentry led by a morally corrupt and lustful, crafty senior, Nidhi Mishra. Mishra eyes the abandoned Brahmin girl to be his rightful keep and bids time to play caste politics to wrest her from the low caste Sania’s care, which is insinuated upon as unlawful and adulterous. Perceptions come to worse post the death of Sania’s mother, and though Sania diligently tries to find a groom for Manika with all brotherly love and concern, including even a wife for himself to fight growing calumny from the village gossip mill, fate, however, has a far gruesome story in store. Sania is excommunicated by the village panchayat through Mishra’s crafty maneuverings and the groom he had selected for Manika dies in a mishap.

The onset of another monsoon has the excommunicated Sania battle for his dear life alone as the village doctor refuses to go against the society’s ban to heal him. A helpless Manika surrenders her lone possession, her honour to Nidhi Mishra’s lust to lift the ban of ex-communication on Sania. Assured by the village doctor of Sania’s recovery, the film’s climax has Manika committing suicide by jumping into the river once again in spate post

another monsoon. Manika returns to the nowhere she came from hoping to bring back the normalcy in  Sania’s life before her  coming, but her abrupt exit has a  devastating life-changing impact on Sania who prematurely retires to a life of delirium in the hope of a chance meeting with Manika.

So what is it about Sesha Srabana that makes it such an enduring classic?

Felt portrayals, atmospheric music apart, it is the uniqueness of the unspoken love of its protagonists that refuses to let go. Manika professes her love to Sania in the same breath as addressing her as ‘Bhai’ (or elder brother) which here is more of an address to an elder than the absoluteness of a term as all elders are often called as ‘uncle or aunts’ in the Indian way of life. The script abounds with the subtleties of holding back an emotion, as Manika wishes Sania to realize her love of him without crossing the moral periphery of personally making him wake up to her real feelings.

The extremities of caste politics in a small community are authentically negotiated at a plausible pace and believable strategies instead of sourcing all narrative twists to the machinations of an all-powerful villain. At the end, fate is as much a villain in this tragic story as restrictive societal norms limiting the options of a free-spirited female in a patriarchal society. Nidhi Mishra just happens to be a beneficiary of these restrictions, the core of villainy as in all good pieces of critical, reformist, and contemplative literature is someone far beyond a conniving human.

And like most classics of Indian cinema, it has a fabulous, evergreen score by that music wizard with the silken voice Prafulla Kar that marries the earthy charm of folk notes with the mood imperatives of adhunik/contemporary hummable modern melodies.

The Pranab Patnaik sung thematic/title boatman song with a take on the unrequited loves of life,

This soulful song is exchanged for a more zestful version, O goriya re in the film’s Hindi remake Naiyya sung by Yesudas, which in spite of its melodic attract however fails to match the haunting impact of Patnaik’s Majhi retaken to poetic reflection in the words of lyricist Sibabrata Das.

Das achieves another evocative peak in the young heroine’s first brush with love, in the song Megha barasila tupuru tupuru… sung convincingly sans any accent by the talented South singer Vani Jayaram. Though there is another rain song in the film shot to crowd festivities, Garaje megha ghum ghum (Chitta Jena and Vani Jayaram), the more intimate and personal Megha barasila still tops the list of any listing of all-time great Odia rain songs. In spite of the competent presence of Vani Jayaram, Sesa Srabana also happens to be one of those rare musical moments featuring three of Odia cinema’s most loved male playback singers Chitta Jena (Manika alo alo Manika with Habib Mohammad), Prafulla Kar and Pranab Patnaik before it became a trend to outsource that space to popular Bollywood singers, who while delivering no less competently often do miss out on the phonetic nuance of a local flavour.

Music director Prafulla Kar can be seen in his fun elements in the riotous abandon of the possession song Kaali kapali nara munda maali, whose nonsensical yet catchy lyrics are incidentally penned by him as well. Indeed, this is one varietal music fare with something for every taste, palette, or musical sensibility while not losing on the rich uniqueness of the flavour of the local.

In terms of performances, while the film’s lead urban pair of urban does achieve a convincing capture of rural life, the two acts that do stay with you however are that of Dukhiram Swain as villain Nidhi Mishra and his nemesis played by Mohd. Mohsin in a bit, yet significant debut role. Balancing concern with lust, the matured craftiness of a seasoned elder with the cautioned lust of a debauched outcaste, Swain’s every appearance is a potent mix of dread and discomfort often achieved through a mere plotting glint of a look or the twitch of a crafty smile. The preciseness of his strategies that compel his prey to walk into his den make him a compellingly chilling monster in a role that soon became an unimaginative habit in popular cinema wasted to less compelling caricatures. Mohsin, who went on to become one of the most respected directors in popular Odia cinema in the 1980s, makes a convincing debut as the lame but not helpless bystander, who when pushed to the edge doesn’t blink from taking the law to his hands to bring back sanity into his village’s repressive dynamics.

The film’s other debutant Mahashweta Ray, who soon became the reigning diva of popular Odia cinema for nearly two decades (late seventies to early nineties), makes an impressive debut as the doomed marooned river maiden with misplaced affections though her acting does oscillate between the subtle and the rehearsed.

Prashanta Nanda as the hot-headed Sania gets the pitch right as a welcome distraction/counter to the stock image of an oppressed village bumpkin, while Hemanta Das as his buddy boatman hits a rare brave note in a career full of meek character parts.

Staying true to Basanta Mohapatra’s poignant story spanning the events between two monsoons, the melodious and authentic Sesa Srabana is a tragic monsoon sonata that haunts for its simple foibles long after a chance viewing.

Sesa Srabana is the only Odia film to have been remade into Hindi by that production house of little family films with a big social message, Rajshri Productions. The Hindi version titled Naiyaa had Nanda reprising his actor-director roles albeit with Zarina Wahab as his heroine. Naiyaa, keeping in mind the broader pleasing imperatives of a Hindi film however exchanged the risk-taking sad ending of the original with a happy, all ends well conclusion. Though Nanda went onto direct many more movie milestones in Odia language (the first color cinemascope film Hisab Nikas and the first 70mm multi-starrer Swapna Sagar), apart from few films in Hindi and Bengali, his first like many other auteur makers according to many critics and fans alike remains his best and most honest effort to date. 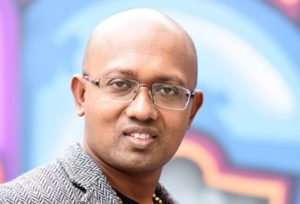 Dr.Piyush Roy was  Former editor of Stardust and StarWeek, he has worked at senior reporting positions in leading Indian dailies (The Indian Express, Hindustan Times) and has been published in The Times of India Crest Edition, The Asian Age, Society magazine, Screen and The New Indian Express, authoring over 500 media publications. He’s been the writer of two popular film columns, Sunday Talkies with Orissa Post (2011-2018), and Soul Cinema with The Times of India Speaking Tree (2018 onwards). Teaching Indian cinema at UK universities and Indian media schools for over a decade, he completed his doctoral thesis on ‘The Aesthetics of Emotional Acting’ from the University of Edinburgh, UK (2017).

He’s been on the jury of Bollywood Power Brands Awards, was a judge on Star TV Writers Program 2017 and 2019, is the Founder-Festival Director of the Edinburgh Festival of Indian Films & Documentaries and is an advisory board member of the Global University Film Awards, Hong Kong. In 2017, he made his public debut as a poet and photographer with a unique pan-Indian photo-poetry exhibition experiment – ‘The Collector of Characters’ – on the theme of ‘70 years of the Indian independence’. The exhibition was officially inaugurated as a fortnight-long museum showcase at the Assam State Museum in August 2017, to warm, appreciative reviews. 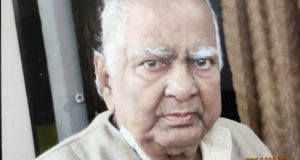 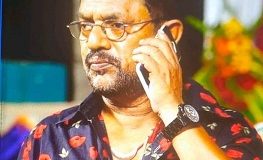