New Delhi:21/8/20:Sports Awards are given every year to recognize and reward excellence in sports. Rajiv Gandhi Khel Ratna Award is given for the spectacular and most outstanding performance in the field of sports by a sportsperson over a period of four years; Arjuna Award is given for consistently outstanding performance for four years; Dronacharya Award goes to the coaches for producing medal winners at prestigious international sports events; Dhyan Chand Award is for lifetime contribution to sports development and Rashtriya Khel Protsahan Puraskar is given to the corporate entities (both in private and public sector) and individuals who have played a visible role in the area of sports promotion and development. Overall top performing university in inter-university tournaments is given Maulana Abul Kalam Azad (MAKA) Trophy. In addition to these Sports Awards, the Ministry also recognises the spirit of adventure among the people of the country by bestowing the Tenzing Norgay National Adventure Award.

A large number of applications were received for Sports Awards this year, which were considered by the Selection Committee headed by Justice (Retd.) Mukundakam Sharma (former Judge of Supreme Court of India) and other members comprising of eminent sportspersons, persons having experience in sports journalism and sports administration, etc.

Based on the recommendations of the Committee and after due scrutiny, the Government has decided to confer awards upon the following sportspersons, coaches, and entities under various categories:

The awardees will receive their awards from the Hon’ble President of India at a specially organized function through virtual mode from Rashtrapati Bhawan on 29th August 2020.

2020-08-21
Editor in chief
Previous: Odisha Chief Minister has thanked the MLAs and PRI representatives of Kendrapara district for their best efforts to contain COVID-19
Next: Ram Vilas Paswan launches online system of Registration and Renewal for Jewellers 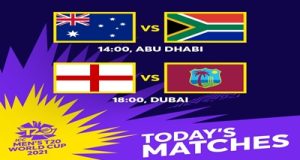