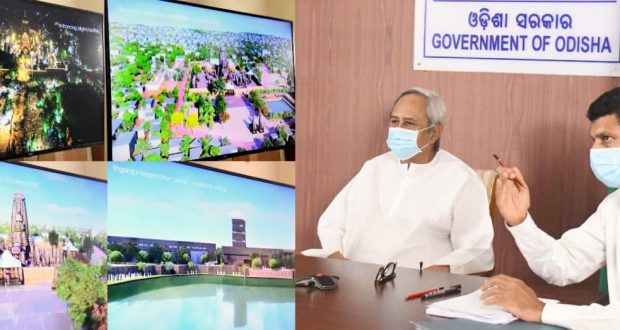 Bhubaneswar:17/8/20: More than two lakh people will be able to witness the ‘Maha Shivaratri’ festival of Lord Lingaraj once the ‘Ekamra Kshetra Yojana’ is fully implemented. During a meeting under the chairmanship of Chief Minister Naveen Patnaik, a detailed plan of the scheme was unveiled today.

Under Ekamr akshetraYojana, a massive development project will be executed at Lingaraj Temple to offer a divine experience to devotees. It will be implemented on 66 acres of land which can accommodate more than 2 lakh devotees during special occasions like Maha Shivratri. The ambitious plan will include road widening & lightning work around the Temple which will facilitate crowd management in special occasions. Bindu Sagar and other historic ponds will be rejuvenated and special emphasis will be given on waste transportation and drainage system. Odisha Govt has made arrangements for the rehabilitation of all street vendors and traders to be displaced during the project work. In addition, efforts will be made to place Lord’s Mahashivratri, Asokashtami Rath Yatra and Sitala Sasthi in the national calendar of festivals. 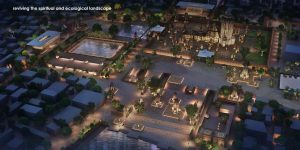 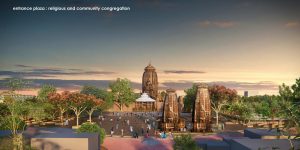 The CM directed the government officials to complete the project in one year. The ‘Ekamra Kshetra Yojana’ will be executed on 66 acres around the premises of Lord Lingaraj Temple in Bhubaneswar. The scheme also aims at smooth management of devotees during Ashokashtami and other festivals of Lord Lingaraj, the government said in a statement. 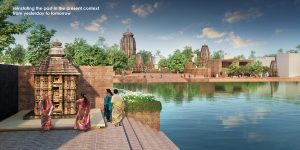 Once the scheme is implemented, devotees will be able to get a look at Lingaraj temple from Bindusagar water tank. Similarly, devotees will be able to see Chandan Yatra from Rathagada after the completion of the scheme. People will also be able to pay obeisance to deities at ‘Bindhyabasini’, ‘Bhabanishankar’, ‘Shukashari’, and ‘Mohini’ temples located in between Lingaraj Temple and Bindusagar tank. It was decided in the meeting to take steps to include ‘Maha Shivaratri’, ‘Ashokashtami’ and ‘Sital Sasthi’ in the National Calendar of Festivals. After the Puri Srimandir Heritage Project, the ‘Ekamra Kshetra’ scheme is another important project under the 5-T programme, the statement added. Among others, Minister Ashok Chandra Panda, Chief Secretary Asit Tripathy, 5-T Secretary VK Pandian and Development Commissioner SC Mohapatra were present in the meeting

2020-08-18
Editor in chief
Previous: Two MLAs from Odisha were featured in the list of ’50 Best Legislators’ compiled by Fame India magazine
Next: Odia Language Text Translation Is Now Available in Microsoft Translator