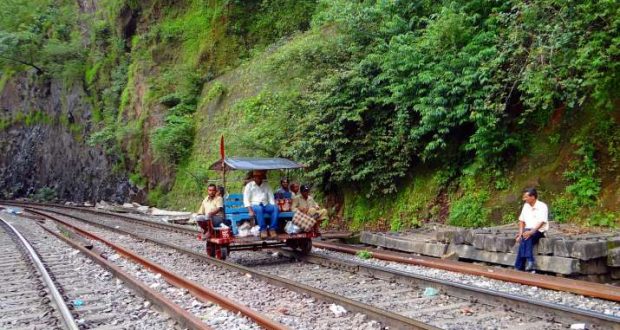 Shri Piyush Goyal, Minister of Railways and Commerce & Industry is closely monitoring the progress made in these projects and the generation of work opportunities for the migrant labours of these states under this scheme. Around 165 Railway infrastructure projects are being executed in these states worth Rs.2988 Crores. Till 14th August 2020, 11296 workers have been engaged in this Abhiyaan and the payment of Rs 1336.84 Crores has been released to the contractors for the projects being implemented.

Railway has appointed nodal officers in each district as well as in the States so that close coordination is established with the State Government. Minister of Railways, Commerce, and Industry, Shri Piyush Goyal has directed Railway administration at the Zonal level to act proactively to ensure migrants’ are engaged in projects and paid accordingly.

Railway has identified no. of railway works that are being executed under this scheme. The works are related to (i) construction and maintenance of approach roads for level crossings, (ii) development & cleaning of silted waterways, trenches and drains along the track, (iii) construction and maintenance of approach road to railway stations, (iv) repair and widening of existing railway embankments/cuttings, (v) plantation of trees at extreme boundary of railway land and (vi) protection works of existing embankments/ cuttings/bridges.

This Abhiyaan of 125 days, is being undertaken in mission mode and involves focused implementation of 25 categories of works/ activities in 116 districts, each with a large concentration of returnee migrant workers in 6 states of Bihar, Uttar Pradesh, Madhya Pradesh, Rajasthan, Jharkhand, and Odisha. Public works are being undertaken during this campaign will have a resource envelope of Rs. 50,000 crores.

2020-08-16
Editor in chief
Previous: NTPC develops infrastructure at Rihand for increasing the use of Fly Ash
Next: Two MLAs from Odisha were featured in the list of ’50 Best Legislators’ compiled by Fame India magazine