Bhubaneswar: 15/8/20:After witnessing a record surge of 1900-plus COVID-19 cases for two consecutive days, Odisha reported biggest single-day spike of 2496 new cases in the last 24 hours. With this, the total COVID-19 tally in the State reached 57126 on Saturday.

On Friday, Odisha had reported 1977 COVID-19 cases and a record single-day spike of 1981 positive cases on August 13.

Odisha government has claimed that testing is being increased to facilitate early detection, isolation and treatment of COVID-19 patients. 47,887 tests were conducted in the last 24 hours in the State.

As per the Chief Minister’s Office, the State is conducting 867 tests per day per million compared to national average of 602. 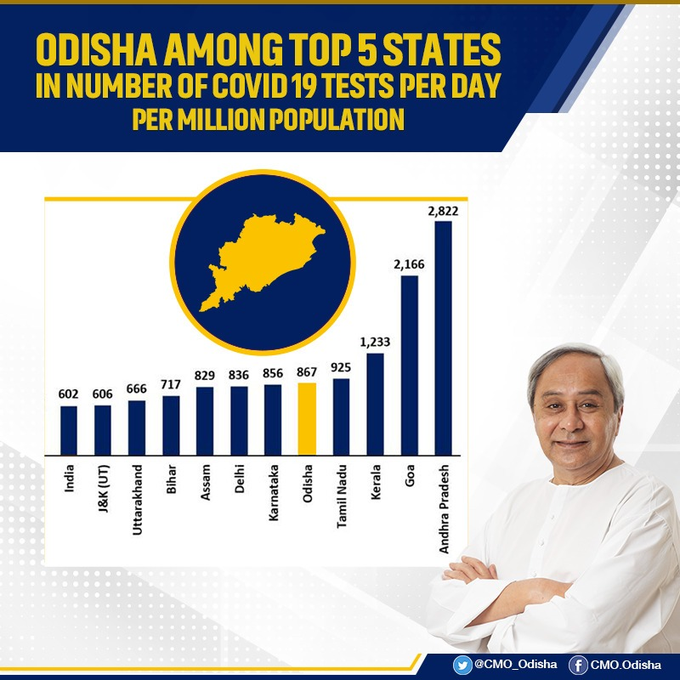 2020-08-15
Editor in chief
Previous: Odisha Chief Minister unfurled the National Flag in the State-level Independence Day
Next: Four prison personnel from Odisha will be conferred with the Correctional Service Medals