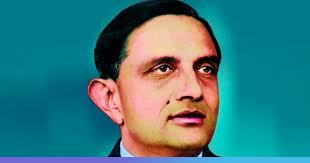 New Delhi:14/8/20:Union Minister of State (Independent Charge), Development of North Eastern Region (DoNER), MoS PMO, Personnel, Public Grievances, Pensions, Atomic Energy and Space, Dr Jitendra Singh said here today that to mark the completion of one year of centenary celebrations of Dr Vikram Sarabhai, the Father of India’s Space Programme, the Indian Space Research Organization (ISRO) has sought to pay tribute to him in a special way by announcing that Chandrayaan 2 Orbiter has captured the Moon images of “Sarabhai” Crater.

Dr Jitendra Singh said, it is heartening to note that on the eve of India’s 74th Independence Day, ISRO has made another contribution to add glory to India’s eventful Space journey which was valiantly initiated by Sarabhai and his team, despite several odds and constraints over six decades ago. He said, every Indian is filled with pride and confidence as inputs provided by India’s space missions are today being utilised even by those nations of the world who had started their space journey much longer before us.

As per the ISRO sources, the Sarabhai Crater captured in 3D images shows that the Crater has a depth of around 1.7 Kms taken from its raised rim and the slope of Crater walls is in between 25 to 35 degree. These findings will help the Space Scientists to understand further the process on the lunar region filled with lava.