New Delhi 13/08/2020: India’s Only and first 1080 Head hardened rail manufacturer Jindal Steel & power limited (JSPL) has started supply of 1080 grade HH rails to Rail Vikas Nigam Limited (RVNL) for the Completion of Kolkata Metro’s Joka-Esplanade corridor. JSPL became the first Indian company to supply specially treated indigenous 1080 grade HH rails for completion of New Phase of Kolkata Metro Corridors. Earlier, Indian railways used to import Head Hardened rails for construction of High-speed tracks from Japan & Europe. Trains can run on these tracks at a speed of 250 km per hour as they have been specially prepared at the Raigarh plant of JSPL.

JSPL was selected by RVNL after a bidding process to supply 3000 MT of HH rails for Kolkata Metro rail tracks. So far, JSPL has supplied 1300 MT of 1080 grade  HH rails to RVNL, the remaining delivery of 1700 MT will be made within a week. Research Design and Standard Organization (RDSO) has approved the 1080 grade HH rails of JSPL’s Raigarh Rail mill. 1080HH grade Rails is also approved by the internationally accredited agency TUV-Nord-Luxembourg (Gr 1080HH). 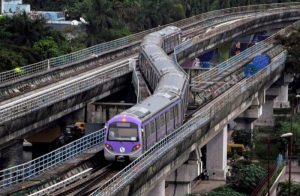 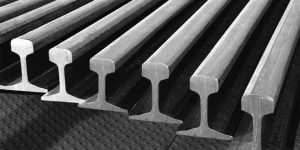 “We are thankful to the Honourable Prime Minister for giving the country the vision of AtmaNirbhar Bharat. We sincerely thank the Steel Ministry, for implementing the vision of AtmaNirbhar Bharat and supporting us to lead in this direction as a steel maker. We also pay sincere gratitude to Indian Railways and Research Design & Standard Organization (RDSO) for considering us to contribute in various High-speed Rail track projects including Kolkata Metro & other Metro Corridors” Said VR Sharma, Managing Director, JSPL.

“JSPL has the technological capability and capacity to meet all the requirements of domestic projects for HH Rails. I urge the government to support JSPL as a full-fledged domestic supplier of HH Rails.  JSPL’s Rail Manufacturing capability is sufficient to meet 100% requirements of Head Hardened Rails of all ongoing and upcoming Metro Rail, High Speed Rail Projects, which is in line with GoI’s policy of “Make in India”, Mr. Sharma Further Added 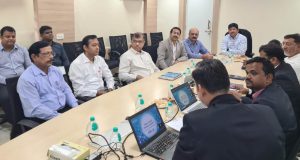 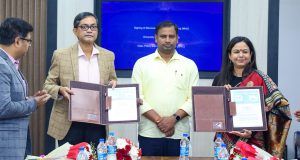 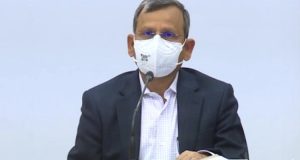