Bioenergy generation in Odisha: a thought on the World Biofuel Day

in Column August 13, 2020 Comments Off on Bioenergy generation in Odisha: a thought on the World Biofuel Day 1,414 Views

World Biofuel Day is observed every year on the 10th of August to create awareness among masses about the significance of bioenergy as an alternative to conventional fossil-based fuels. The main objective is to highlight and deliberate various stakeholders about recent steps taken by the Government for the development of the biofuel sector. In addition, the day also honors exemplary research work carried out by Rudolf Christian Karl Diesel, a German inventor and mechanical engineer, who is known for the landmark invention of the Diesel engine. He was the first scientist to demonstrate that a Diesel engine can run using vegetable oil (peanut oil). Even though this experiment was not immediately popular, during 2000 with rising of oil prices in combination with concerns about environmental pollution and depletion of fossil fuels brought back to focus again on fuel derived from natural sources. Thus, the development and utilization of straight vegetable oil (SVO), biodiesel, and bioethanol as fuels became increasingly popular.

In India, World Biofuel Day has been celebrated by the Ministry of Petroleum and Natural Gas since 2015. The 2020 theme of World Biofuel day was “Biofuels towards Atmanirbhar Bharat”. The major focus was on the exploitation of three biofuels, viz. bioethanol, biodiesel, and biogas to reduce the dependency on the import of petroleum-based fuels and gas. Also, the emphasis was to reduce greenhouse gas (GHGs) emissions for a cleaner environment.

Even though there are several attempts by the government, industrial large-scale production of biofuels is not very successful thus far in India. The limitations include unavailability of cost-effective cross-cutting technologies, high cost of the feedstock (biomass or organic wastes), and maintaining the supply chain of the feedstock (in other terms availability and supply of feedstock).

There are plenty of agro-residues and municipal wastes available in India. However, the real challenges are management, segregation, and continuous supply of these materials to biofuel production plants. In urban areas, the separation of organic wastes from in-organic, metal, and plastic wastes is a tedious task and challenging. Separation of wastes at the source can be a possible solution. All steps should be taken to implement such a plan by sensitizing the local population and municipal authorities. Otherwise, most of the wastes will end up in landfills. If separated properly the organic wastes can be used for biogas generation; whereas, resulting plastic can be recycled back to value-added materials or can be pyrolyzed to pyro-oil (another liquid fuel). The government of India and state government should strongly consider the inclusion and implementation of the “segregation of Municipal Solid Waste” as a part of the biofuel policy.

Odisha has recently taken several steps to utilize renewable energy; in particular, the focus is on solar energy. However, the state still has a large untapped solar potential. In Odisha, the biofuel sector is still in its infancy. Under the leadership and guidance of Odisha CM Shri Naveen Patnaik, two separate policies on biofuel and waste management should be framed and implemented. The Odisha Renewable Energy Development Agency (OREDA) and Green Energy Development Corporation of Odisha Limited (GEDCOL) are working continuously to increase the renewable energy-based power generation. Along this line, efforts should be made for decentralized production liquid and gaseous biofuels from non-edible sources. Furthermore, the Odisha govt should streamline policies; so that, waste management and energy generation can occur in tandem.

In the above context, Union Petroleum Minister Shri Dharmendra Pradhan has already announced that Odisha will have a Second Generation (2G) bioethanol plant to produce ethanol from rice straw in Bargarh district. According to recent news reports, TATA projects have received an order from Bharat Petroleum Corporation Limited (BPCL) for the completion of this project. Successful implementation of this project at Bargarh will be a win-win situation for farmers and the environment since farmers from nearby villages will sell their agricultural residues to the plant which was either discarded or burnt earlier. Both CM Shri Patnaik and Union Petroleum Minister Shri Pradhan are aware that renewable energy will not only help cut import dependence of fossil fuel but also will ensure a sustainable environment along with the creation of new jobs and generation of additional revenue for farmers. I urge both the leaders to work together for making renewable energy the main source of energy and to create a green Odisha. 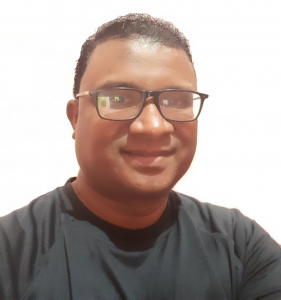