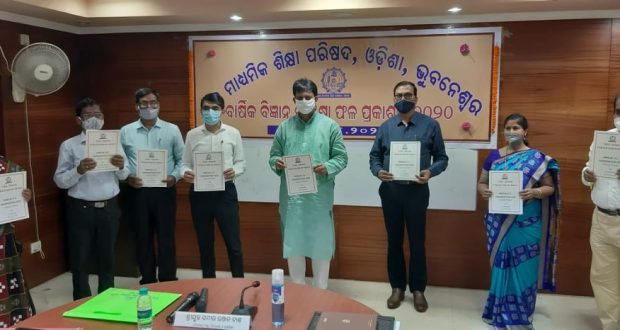 Around one lakh candidate had appeared for the exam this year, but some remaining papers were later canceled due to a surge in COVID-19 cases in the state. The remaining exam was scheduled to be held in July.

The pass per percentage stands at 70.21 % with 68,374 students clearing the exam, informed School and Mass Education Minister Samir Ranjan Dash   Boys have outshined girls in the council exam with 39 % pass rate (38,301) while 31 percent girls (30,073) have cleared the exam. Nayagarh district has registered highest pass percentage with 86.51 percent, while Jharsuguda has recorded the lowest pass percentage with 40.71 percent

The  Minister informed that 25,339 students have cleared the exam in First Division, 24,121 in Second Division, and 18,260 in Third Division. Total of 137 students have secured above 90 percent mark. While 20 schools across the state have registered cent percent results, 15 schools reported zero results.

Total of 97,377 students had appeared for the examinations held in March. The exams were cancelled five days ahead of the schedule on March 23 due to the COVID-19 outbreak and subsequent lockdown.

The results of the +2 Commerce exams will be announced by the third week of August while that of Arts and Vocational Education streams would be out by August-end, School and Mass Education Minister Samir Ranjan Dash had said.

How to check Plus 2 Science result The students will check the result through the website- orissaresults.nic.in. Click on the link available to check CHSE Odisha result. Log in by entering the details asked. Click on the ‘submit’ button. Your result will appear on the screen, download and take a printout of the same for further reference