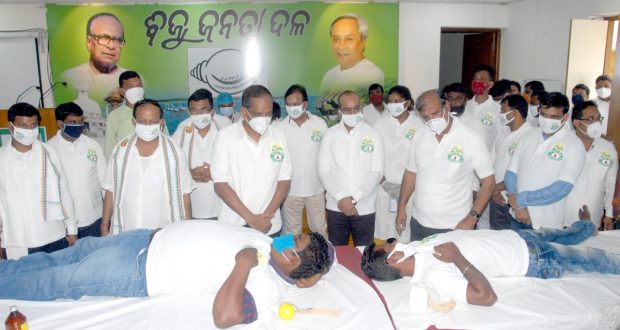 in State News August 9, 2020 Comments Off on ‘Odisha Mo Parivar – Jeevan Bindu’, the blood donation camp was launched on the occasion of Kranti Dibas 609 Views

The ‘Odisha Mo Parivar’ targeted to collect more than 10,000 units of blood during the blood donation programme which will continue till August 15.

2020-08-09
Editor in chief
Previous: Refund of Odisha Government’s KALIA financial assistance by ineligible beneficiaries has been kept in abeyance
Next: BJD appointed its women leaders as district in-charge of the State Women Committee