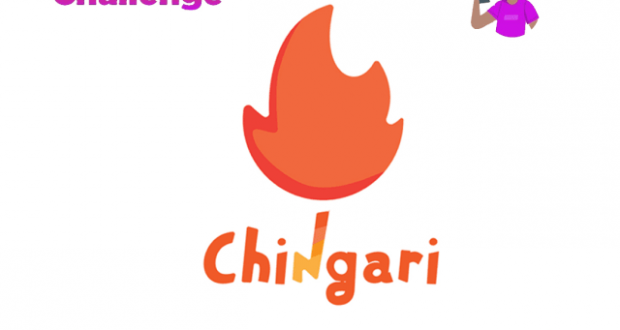 Bhubaneswar:7/8/20 After the Govt banned Chinese apps like Tik Tok, Govt of India today announced Chingari as the best home-grown short-form video secure app, as it bags the first position as the best app in ‘Social Category’, in the Govt of India’s #AatmaNirbharBharatApp challenge. Chingari app has the highest user base of 5.1M+users from Hyderabad.

In a major achievement for the young Chingari team, the app has won the #AatmaNirbharApp Challenge, the first-of-its-kind contest organised by the Government of India. Chingari was voted as the best app in the social media category and the platform defeated its competitors with a big margin.

The App Innovation Challenge, held by the Ministry of Information and Technology, Government of India, was aimed at identifying the “best Indian apps that are already being used by citizens and have the potential to scale and become world-class apps”. The mantra of the contest and that of the Chingari team is the same — Make in India for India and the World.

Mr Sumit Ghosh, Co-founder and CEO of Chingari App, said, “Prime Minister Narendra Modi gave us the clarion call of AtmaNirbhar Bharat and the Chingari team works on this very line. It is a proud moment for us. We have been voted as the best app in the social media category precisely because the features we provide are tailored for the needs of the young Bharat. We will continue to serve the interests of the Indian consumers through our platform.”

Before being voted the best app in the social media category, Chingari was selected among the top 3 apps in the category while its competitors like Mitron, Sharechat, and others couldn’t make it to the coveted round of the contest which saw the participation of thousands of apps.

Mr Biswatma Nayak, Co-founder of the Chingari app, said, “We were confident of our victory and the initial trends left no doubts as we were leading the other apps in the social media category by a considerable margin. We thank the government and all our users for showering their love on us. This recognition has given a new boost to our team and we will keep working tirelessly to provide our users with a seamless experience.”