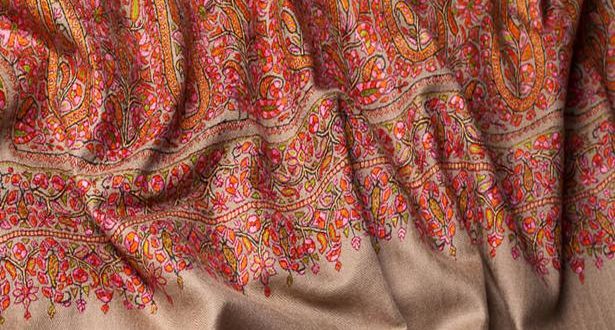 Handloom weaving forms a precious part of our generational legacy and exemplifies the richness and diversity of India and the artistry of its weavers. The tradition of weaving by hand is a part of the country’s cultural ethos. The handloom sector has a unique place in our economy. It has been sustained by transferring skills from one generation to another. As an economic activity, handloom is the one of the largest employment providers after agriculture. This sector contributes nearly 11 % of the cloth production in the country and also contributes to the export earning of the country. 95% of the world’s hand woven fabric comes from India. The strength of the sector lies in its uniqueness, flexibility of production, openness to innovations, adaptability to the supplier’s requirement and the wealth of its tradition.

The Government of India has been following a policy of promoting and encouraging the handloom sector through a number of policy initiatives and scheme interventions. With a view to develop and promote the marketing channels in domestic as well as export markets and bring about linkages between the two in an integrated manner, direct marketing platform through organization of Expos, events, and craft melas, E-commerce and Export promotion is being provided to the weavers and handloom organisations to sell their products. Brand building is being done by creating the Handloom Mark, India Handloom Brand, and Geographical Indication.

A Geographical Indication (GI) is a sign identifying a product as originating in a specific place and the characteristics and reputation of the product should be essentially due to the place of origin. It provides assurance to the consumer about the product’s origin and quality. This helps in differentiating the original from fake and in fetching better wages, recognition and prestige to the artisans as the GI labelled products are able to command a higher price.

The fineness and warmth of Kashmir Pashmina is famous across the world. Kashmir Pashmina is made from wool actually produced in Ladakh. This wool comes from the fine undercoat of an exotic breed of Cashmere goats, the Changthangi, tended by the Changpas, a nomadic pastoralist tribe inhabiting the high-altitude lake regions of Ladakh. Winter is particularly harsh at these inhospitable altitudes where temperatures hover below minus 40 degrees but that doesn’t deter the indomitable Changpas from producing the world’s finest wool fibre. In bone-chilling winter, the Changthangi goat develops a thick undercoat of ultra-fine fibres locally known as ‘pashm’. In springtime, the Changthangi goat begins to shed its underfur which the Changpas collect by combing the goat and not shearing. The Pashm fibre is thinner than the fibre produced by other breeds of high-altitude cashmere goats.

Kashmiri weavers source the raw pashm from the Changpa tribe. It is hand spun into yarn. This yarn is then handwoven into pashmina shawls which are renowned the world over for their exquisiteness. However, these handwoven Kashmiri Pashmina shawls have to compete with machine-woven cashmere shawls being produced both within and outside the country. Often, these machine-woven cashmere shawls are made using silk, angora wool, cashmere wool from other breeds but get sold under the generic category of ‘Kashmir Pashmina’. The major producers of raw cashmere wool are China, Mongolia, Afghanistan, Scotland and USA. With demand outstripping supply, it is often observed that cheaper wool blends are often passed off as genuine Kashmir pashmina products.

Farooq Ahmad Mir, a hereditary Pashmina Kani weaver has descended from a long lineage of handloom weavers. The handloom industry in Kashmir saw a drastic downfall in the 1990s due to militancy in the state. Shri Farooq also experienced lean business during those years. However, he is a progressive-minded artisan and continued working despite adversity. His perseverance and calibre bore fruit when he was awarded the National Award in Handloom Weaving of Kani shawl in the year 2007. Later, he was conferred the SantKabir Award.  Subsequently, his three sons have also been awarded the National Award. Earlier, his family used to work on their own and sell their shawls to local traders but after winning the National Awards, the Office of Development Commissioner for Handlooms, Ministry of Textiles, Government of India, encouraged them to participate in various expos. This provided the necessary fillip and the family has since expanded their business. Earlier, men used to weave shawls and ladies generally spun yarn but now, the Mir family is part of progressive social transformation and the women have also taken to weaving. He also diversified his products from the traditional plain pashmina shawls and kani shawls to natural-dyed pashmina kani shawls, reversible shawls, Pashmina Ikat shawls and kanisarees. The Mir family has also got themselves registered under the Kashmir Pashmina GI. Armed with a GI authentication, he is selling his hand spun hand-woven products to leading exporters and stores such as Taniera, CCIC, Shaw brothers and L’ Affaire.

The Government of India aims to make the Handloom sector self sustainable for inclusive growth by ensuring easy access to raw material at reasonable prices and empowerment of the weavers through technological upgradation. A focused, flexible and holistic approach to meet the challenges of domestic and global market is being adopted by brand building. The “India Handloom” Brand (IHB) was launched by Prime Minister Shri NarendraModi on the occasion of first National Handloom Day on 7th August 2015 to endorse the quality of the products in terms of raw material, processing, weaving and other parameters besides social and environmental compliances for earning the trust of the customers. The “India Handloom” brand is given only to high quality defect free authentic handloom products for catering to the needs of those consumers who are looking for niche handmade products. Such measures are expected to generate a special market space and increase earnings to the weavers.

(source from Office of the Development Commissioner for Handlooms, Ministry of Textiles, Government of India) 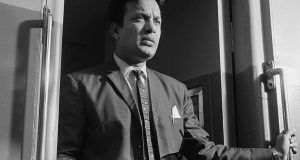 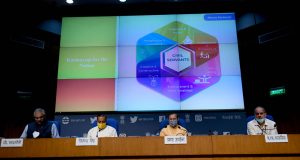 Newdelhi:21/9/20: Chief Election Commissioner, Shri Sunil Arora, today underscored the commitment of Election Management Bodies (EMBs) across the world, for the conduct of timely, free, fair, and participatory elections to ...