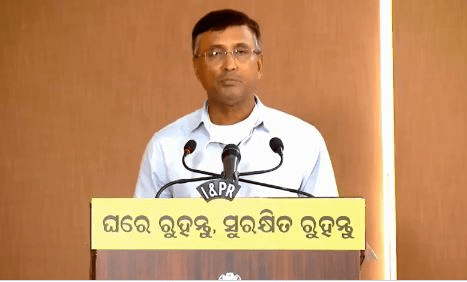 Odisha Government issued guidelines for Unlock-3 in the state

in State News July 31, 2020 Comments Off on Odisha Government issued guidelines for Unlock-3 in the state 555 Views

Bhubaneswar:31/7/20: The Odisha Government today issued guidelines for Unlock-3 in the state. Here are the activities permitted and prohibited till August 31.

Regulation of activities in areas outside the Containment Zones:

The following establishments/activities will continue to remain closed until 31st August.

(i) Religious places/places of worship for the public.

(ii) International air travel of passengers, except as permitted by MHA.

(v) Schools, colleges, other educational training/coaching institutions, anganwadis, etc. will remain closed for the purpose of teaching till 31 August. However, the conduct of examinations, evaluation, and other administrative activities shall be allowed.

(vi) Yoga institutes/centers and gymnasiums will be allowed to function from 5th August subject to SOP to be issued by MOHFW, GOI.

All shops, commercial establishments, offices, institutions, and movement of individuals shall remain closed/ prohibited between 09.00 PM to 05.00 AM throughout the State, except for essential activities.

This restriction shall not apply to:

• Emergency workers of Utilities such as Electricity, Telecom, Water Supply, Railways and Airport Staff of IT & ITS Companies on production their ID cards.

• Any person, in case of medical or other emergencies.

• Movement of public transport, private vehicles and taxis (including cabs by aggregators like Ola, Uber, etc.) to and from airports, railway station and bus terminals/ stands/ stops, for facilitating the movement of passengers by air, rail and road.

• Operation of hotels and hospitality units, including their associated offices, movement of staff and associated personnel.

• Dhabas along National and State Highways/ major roads for takeaway only.

During the shutdown, all activities shall be closed except the following.

• All medical establishments including hospitals, clinics, nursing homes, medicine stores movement of the ambulance, and all medical personnel.