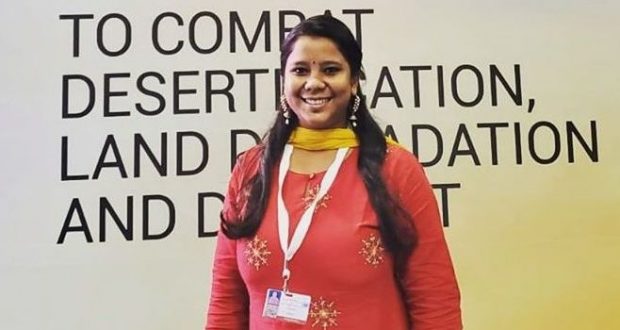 Bhubaneswar29/7/20:: Ms. Archana Soreng from Odisha’s Sundergarh district has been selected as one amongst seven members of Youth Advisory Group on Climate Change established by the Secretary-General of United Nations as a part of UN Youth Strategy.

On 27th July 2020, The United Nations Secretary-General António Guterres announced the names of seven young climate leaders – between the ages of 18 and 28 years old – who will advise him regularly on accelerating global action and ambition to tackle the worsening climate crisis. 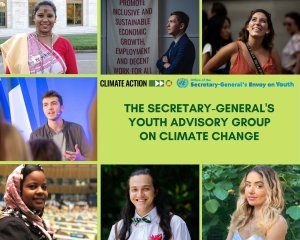 We are in a climate emergency. We do not have the luxury of time,” the Secretary-General said in a video announcing the establishment of the Youth Advisory Group on Climate Change. “We need urgent action now — to recover better from COVID-19, to confront injustice and inequality, and address climate disruption.”Archana Soreng belongs to Khadia Tribe and hails from Sundargarh District of Odisha. She has done her Masters of Arts in Regulatory Governance from Tata Institute of Social Sciences, Mumbai, India. She is currently working as Research Officer in Vasundhara, Odisha. Her writings have been published in the National and International Youth websites. She has been engaged with various Youths Groups at Regional, and National levels and is actively involved in the Indigenous Youth Groups to Preserve, Document and Promote the Traditional Knowledge and Practices of their Communities. She is keen on learning tribal dance and music and enjoys ethnic delicacies.

She has participated in the 66th Session of CESCR: “A Day of General Discussion on Land and ICESCR” on 14th October 2019 at UN Head Quarters, Geneva, as an Indigenous Youth Representative from India. She is a Member of YOUNGO (Youth Constituency of UNFCCC) and has participated in first ‘Global Youth Caucus on Desertification and Land’ at the UNCCD COP 14; 2019 and was part of Youth Dialogue with Inger Andersen & Ibrahim Thiaw. This Representation in the UN Secretary General’s Youth Advisory Group on Climate Change will be an important landmark for the State of Odisha and Adivasi and Forest Dwelling Communities of India who have been protecting the nature with the Traditional Conservation Knowledge and Practices.

The names of the selected Youth Advisory Group on Climate Change: