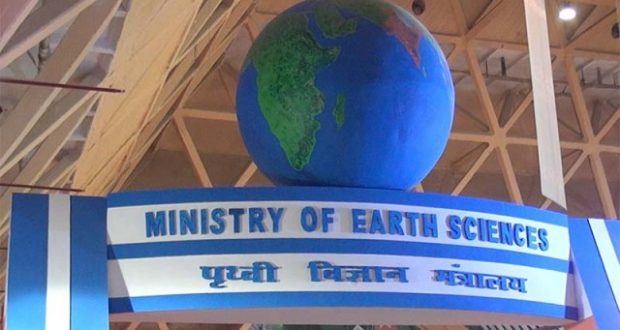 The Ministry of Earth Sciences (MoES) is mandated to provide the nation with the best possible services for weather, climate, ocean, coastal and natural hazards, for the Public Safety and socio-economic benefits. The Ministry also deals with exploration and sustainable harnessing of ocean resources (living and non-living) and plays a nodal role for Antarctic/Arctic/Himalayas and Southern Ocean research.

MoES aims to provide due recognition and platform to major scientific contributions made by eminent scientists/engineers in various fields of Earth System Science and also to encourage women and young researchers for coming into the mainstream of Earth System Science.  In view of above, the Ministry has instituted the Life Time Excellence Award, National Awards in the field of Atmospheric Science & Technology; Ocean Science; Geoscience & Technology; and Ocean Technology/Polar Science, Two Young Researcher awards and Dr. Anna Mani National Award for Woman Scientist.

This year the Life Time Excellence Award is being awarded to Professor Ashok Sahni for his significant contribution in the field of Geology, Vertebrate Paleontology and Biostratigraphy. He obtained his MSc (Hons) in Geology from Lucknow University and PhD in Geology from the University of Minnesota. He was appointed Lecturer at Lucknow University in 1968 and thereafter worked as Reader till 1979. He was Humboldt Research Fellow, Palaeontology Institute at the University Bonn (1977-78). He was Professor of Palaeobiology and In-charge, Scanning Electron Microscope Facilities, Centre of Advanced Study in Geology, Panjab University, Chandigarh (1979-2003) where he continues as be Emeritus Professor.

The National Award for Atmospheric Science & technology will be presented to Dr. S. Suresh Babu, Scientist-SF, VSSC, Thiruvananthapuram. He has made outstanding contributions towards understanding the radiative impacts of black carbon aerosols on atmospheric stability and climate.

The National award for Geoscience & technology will be presented to N. V. Chalapathi Rao Department of Geology, Banaras Hindu University, Varanasi. He has carried out an enduring research on deeper mantle petrology and geochemistry.

The National Award for Ocean Technology will be presented to Dr. M. A. Atmanand, Director, National Institute of Ocean Technology, Chennai. He has done pioneering work in the area of deep sea technologies.

Dr. Lidita D. S. Khandeparker, Senior Scientist, CSIR-National Institute of Oceanography, Goa will receive the Anna Mani award for woman scientist. She has made significant contributions in the field of aquatic microbial ecology, Marine biofilms and their relevance in the oceans.

2020-07-29
Editor in chief
Previous: Nagarjuna Besha of Lord Jagannath and his siblings could be organised with minimum servitors
Next: Annual five-day Haj pilgrimage commences today in Saudi Arabia