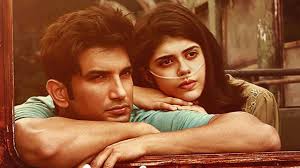 As Dil Bechara unfolds, two things bubble to the surface instantly – and poignantly. One is the realisation of the sheer enormity of the loss that Sushant Singh Rajput’s untimely demise represents. This awareness is painfully heightened by the film itself. It rejoices in life and love in the face of impending death. The other is the gnawing feeling that the lead actor, who notched up several fine performances in a tragically brief career, perhaps deserved a more stimulating swan song. Sushant Singh Rajput hits his stride from the very outset but parts of the inevitably heart-breaking Dil Bechara could have done with a stronger emotional gust under its wings.

The lead actor fleshes out a bubbly Jamshedpur boy who makes light of a disability caused by cancer. He draws his zest for life from his growing bond with a terminally ill girl whose lungs act up frequently. He has a false leg; she has to lug around an oxygen cylinder. Time is running out on the two but the couple is determined not to let the sense of mortality weigh them down.

Unusually for a Hindi film that is a remake of a Hollywood hit, director Mukesh Chhabra’s debut feature is 20 minutes shorter than the original. There are portions in Dil Bechara where the editing appears somewhat rushed, leaving in its wake jerks that undermine the flow of the film. For once, one wishes it had a few additional minutes to paper out the creases. 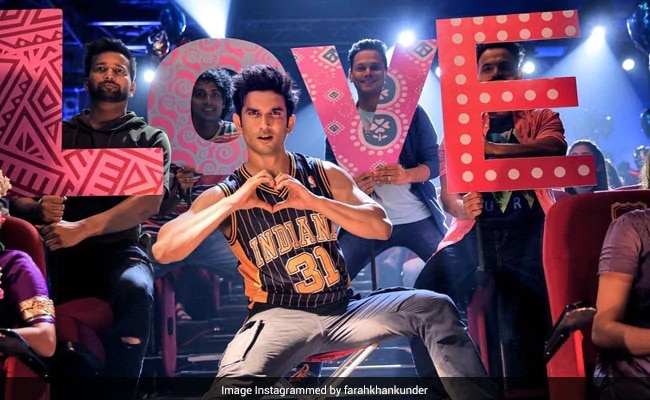 Adapted by screenwriters Shashank Khaitan and Suprotim Sengupta from The Fault in Our Stars (both the John Green book and the screenplay of the 2014 Josh Boone film are acknowledged in the opening credits), Dil Bechara blends unaltered borrowings from the original production with significant plot deviations in the process of shaping the story for Indian sensibilities. It pulls in one direction here and then pushes in another there and ends up feeling a bit stretched at times.

Yet, one cannot help falling in love with Rajput and debutante Sanjana Sanghi. They strike up a lively rapport. The more sparkling passages, infused with humour and warmth, owe their existence to the source material. Dil Bechara is a film about disease, distress and death that looks at the brighter side of life through the tears brought on by the fear and the experience of losing a loved one.

Tatanagar takes the place of suburban Indianapolis. Kizie Basu (Sanghi) and Immanuel “Manny” Rajkumar Junior (Rajput) meet in a college fest before they drift closer to each other in a cancer support group run by Dr R.K. Jha (Sunit Tandon). An early dance number introduces the audience to the male protagonist’s love for Rajinikanth in particular and popular movies and music in general. The girl, who lives with her parents (Swastika Mukherjee and Saswata Chatterjee), digs the work of an alternative musician who disappeared from the scene leaving her favourite song incomplete. While Manny and his best pal Jagdish Pandey (Sahil Vaid), another cancer patient who is on the verge of losing his eyesight, want to make a film with Kizie as the heroine. Convincing the girl takes some doing, but once she is on board – seri, okay in Tamil, is the couple’s catchword – the relationship between her and Manny blossoms quickly and the two become inseparable even as Kizie’s mother frets about her delicate medical condition.

Manny, on his part, does all he can to spread good cheer in Kizie’s life with his wisecracks, good-natured pranks, and uninhibited ways. Together they seek to make the most of the limited time they have at their disposal. They make a trip to Paris, where Kizie’s favorite singer now lives. She wants to figure out how the retired crooner’s unfinished number should end.

In The Fault In Our Stars, the young couple’s Amsterdam visit results in a disappointing meeting with the heroine’s favorite writer (played by Willem Dafoe) and the recognition that he is a terribly eccentric human unworthy of being idolised. In Dil Bechara, this crucial portion of the story is inexplicably glossed over. The reclusive singer Kizie adores is presented more as a man who is off his rocker than as a cynical musician battling world-weariness.

The small-town ambiance of the tale is harnessed with reasonable competence. The landmarks of Jamshedpur – the Tata Main Hospital, Jubilee Park, the Tata Steel Plant and Payal Cinema – provide the backdrop for Kizie and Manny’s exploration of the little joys of camaraderie. The city does not however acquire the kind of centrality that would have made it an integral part of the script. 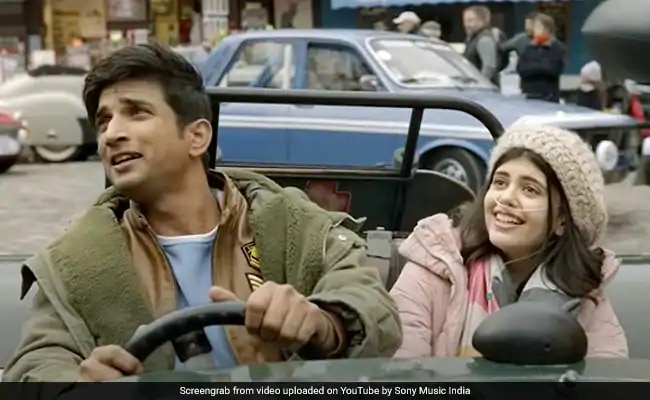 The Laura Dern character, mother of Hazel Grace, had far greater play in The Fault In Our Stars. In Dil Bechara, her significance is considerably reduced although Swastika Mukherjee’s calibrated performance ensures that she does not recede completely into the background. In contrast, the the father’s role is markedly enhanced. This extended run gives Saswata Chatterjee the opportunity to be a scene-stealer more than once. First-timer Sanjana Sanghi is a charmer all right even if, in terms of impact, she isn’t exactly in the Shailene Woodley league. Sahil Vaid, playing the hero’s friend who, in one scene, gushes about Manny’s “killer smile” and triggers a lump in the throat, has limited footage but he does strike a chord.

Dil Bechara will obviously always belong to Sushant Singh Rajput – a reminder of a career cut short and loads of potential stymied. On the money all the way, his performance demonstrates exactly why the chops he possessed weren’t ordinary. 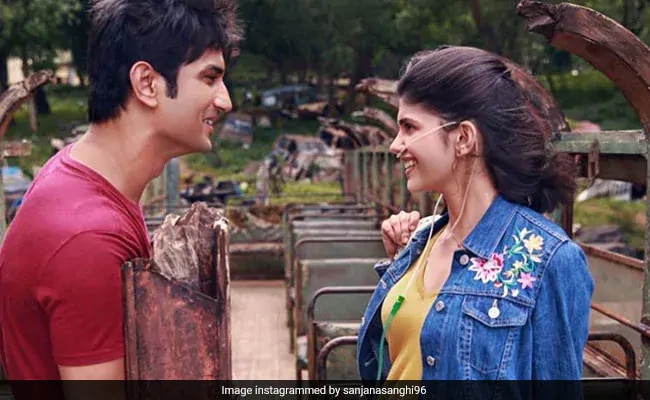 The  Fault In Our Stars, with its disarming simplicity and youthful verve, pulled at our heartstrings with the aid of elements that were within the film’s narrative scope. Dil Bechara, on the other hand, will go down in cinema history not so much for what its text contains as for the fact that it brings the curtain down on the career of a talented young actor who displayed panache for creative challenges (witness Detective Byomkesh Bakshy, Sonchiriya and the Mahendra Singh Dhoni biopic that he owned despite never having held a cricket bat in his life until he landed the role) and reveled in carrying burdens heavier than the one Dil Bechara places on his shoulders.

Dil Bechara, which premiered on Disney+Hotstar, is a few notches shy of the benchmark that Sushant Singh Rajput set for himself with his more accomplished films. But watch it nonetheless to celebrate a career that merited a much, much longer run. 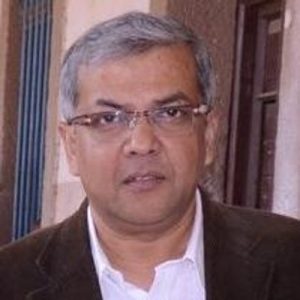 Saibal Chatterjee is a National Award-winning film critic, author of a book on Gulzar, co-editor of a book on films, and a documentary scriptwriter. He was a staff writer of The Telegraph, The Times of India, and Outlook; the editor of TV World; a consultant to Zee Premiere, and a key member of the editorial board of Encyclopaedia Brittanica’s Encyclopaedia of Hindi Cinema. On the film front, he has served on the jury of a variety of international film festivals and is the festival director of the Pondicherry International Film Festival.

2020-07-29
Editor in chief
Previous: Ms. Archana Soreng from Odisha inducted By UN Chief To New Climate Change Advisory Group
Next: Nagarjuna Besha of Lord Jagannath and his siblings could be organised with minimum servitors 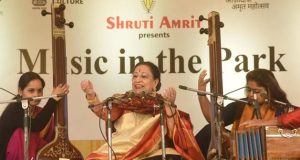