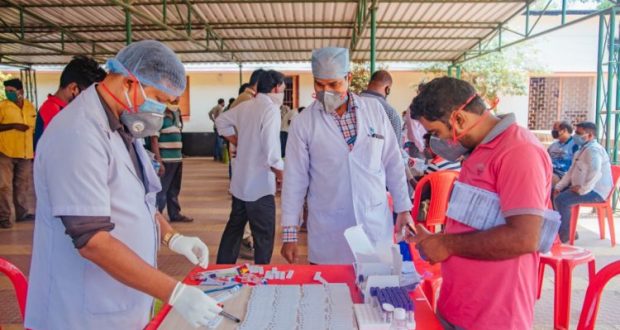 Bhubaneswar:27/7/20: The number of COVID-19 patients recovered from the virus infection crossed 17,000 marks after another 581 persons suffering from the disease recuperated today. With this, the number of total recovered cases in the State increased to 17,373.

The recovered cases are being discharged, said official sources.

A maximum of 160 patients from Ganjam district recovered followed by 77 from Khordha, 43 from Gajapati, 34 from Cuttack, 32 from Malkangiri, and 25 from Bargarh district.

A total of 23 from Bhadrak, 19 from Keonjhar, 17 each from Angul and Kandhamal, 14 each from Jagatsinghpur and Sambalpur and 12 each from Mayurbhanj, Rayagada and Sundargarh districts recuperated.

While 10 from Balasore, nine each from Jharsuguda, Kendrapara and Puri districts recovered from the disease, eight from Dhenkanal, seven from Jajpur, six from Balangir, five from Boudh, three from Deogarh, two from Nabarangpur and one each from Koraput and Nayagarh districts recuperated.