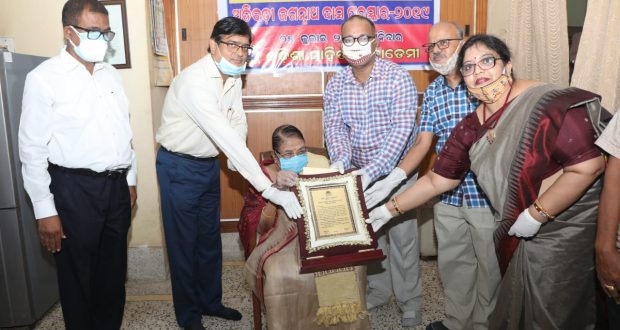 She was presented with the award by Culture Minister Jyoti Prakash Panigrahi at her residence in Cuttack in the afternoon. The minister presented a citation, shawl and a cheque of Rs one lakh.

Odisha Governor Prof Ganeshi Lal has sent a written message on the occasion. Presenting the award Panigrahi said the award would have been presented at Rabindra Mandap in a glittering ceremony. But, it was shelved due to coronavirus pandemic. 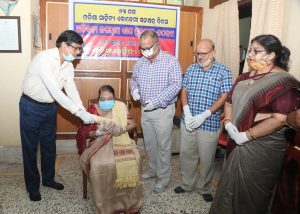 Director of culture Bijay Kumar Nayak described Binapani Mohanty as a renowned person in the field of literature in the country. Cuttack district collector Bhabani Shankar Chaini also spoke on the occasion.

Binapani Mohanty said she was honoured to get the award at her residence.

2020-07-25
Editor in chief
Previous: Fifth phase of the Vande Bharat Mission will begin from August 1
Next: Bhubaneswar reported 111 new COVID-19 cases in the last 24 hours