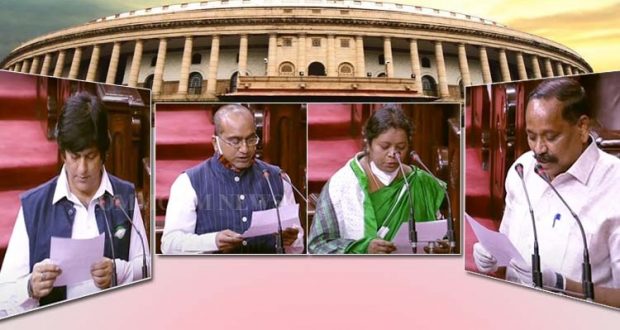 The BJD leaders — Subhas Singh, Munna Khan, Sujit Kumar, and Mamata Mahanta — are among 61 Rajya Sabha MPs who were administered oath by the Vice-President M. Venkaiah Naidu, who is the Chairman of Rajya Sabja, in the House chamber.

For the first time, the oath-taking ceremony took place in the House chamber due to the pandemic situations and the elected members of the Upper House of Parliament took an oath when the House is not in session.

Total 61 members have been recently elected to Rajya Sabha from 20 states, out of which 4 are from Odisha.