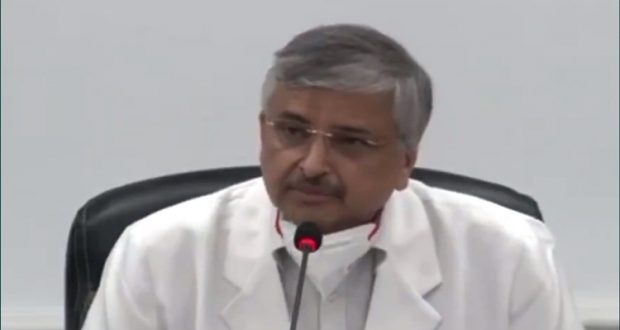 Human trials of COVAXIN for COVID-19 begin in AIIMS, Delhi

in National July 20, 2020 Comments Off on Human trials of COVAXIN for COVID-19 begin in AIIMS, Delhi 402 Views

Newdelhi:20/7/20:India is on fast track mode to develop a COVID-19 vaccine. Speaking to the media in New Delhi today, AIIMS Delhi Director Randeep Guleria informed that the Human trials for the indigenously developed COVAXIN have begun at the premier medical Institute.

He informed that after the registration procedure and blood sample tests of the health volunteers, the vaccine will be administered to 100 healthy individuals in the first phase.

Dr. Guleria said that in the second phase 750 people will be recruited between 12 to 65 years of age for the human trials.

He said, the medical institute has received an overwhelming response in terms of volunteer registration for the trials.

Terming development of an indigenous vaccine as a great achievement, he informed that India’s mass production capacity of drugs and vaccines will also help in meeting the demands during its production stage.

Replying to a question on Community Transmission, Dr. Guleria said, there is not much evidence that community transmission is happening at National level.

He however did not rule out the possibility of local level transmission in hotspots witnessing a huge spike in the number of cases.

Dr. Guleria asserted that certain areas in the country, including the National Capital appeared to have reached their peak and are now showing a significant decline in number of cases.

He emphasized on continued aggressive action towards containment of infection in hotspots.

The AIIMS Director stressed on the need for enhanced door to door testing and isolation measures.

Dr. Guleria said that the measures adopted by the government for testing, tracing and treating COVID-19 patients have helped contain the fatality rates in the country as one of the lowest in the world.