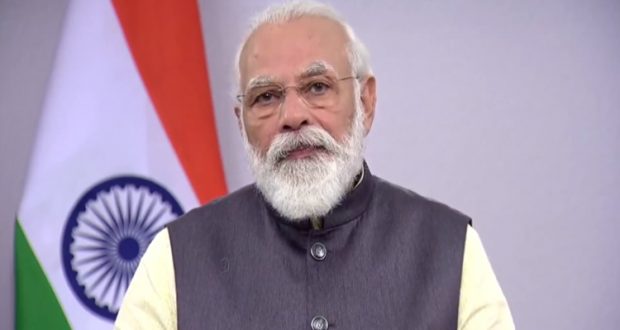 PM calls for a reformed multilateralism with a reformed United Nations

Nrewdelhi:17/7/20:Prime Minister Narendra Modi delivered the keynote address virtually at this year’s High-Level Segment of the United Nations Economic and Social Council (ECOSOC) session on Friday at the United Nations in New York. It was the first address by the Prime Minister to the broader UN membership since India’s overwhelming election as a non-permanent member of the Security Council on 17th June, for the term 2021-22. The theme of the High-Level Segment of the ECOSOC this year is “Multi-lateralism after COVID19: What kind of UN do we need at the 75th anniversary”.

Coinciding with the 75th Anniversary of the founding of the UN, this theme also resonates with India’s priority for its forthcoming membership of the UN Security Council. The Prime Minister reiterated India’s call for a reformed multilateralism in a post-COVID-19 world, which reflects the realities of the contemporary world.

Mr. Modi pointed out that India’s success in improving the socio-economic indicators of its vast population has a significant impact on global SDG targets. He spoke about India’s commitment to also support other developing countries in meeting their SDG targets. Prime Minister spoke about India’s ongoing development efforts, including for improving access to sanitation through the Swacch Bharat Abhiyan, empowering women, ensuring financial inclusion, and expanding availability of housing and healthcare through flagship schemes such as the ‘Housing for All’ programme and the ‘Ayushman Bharat’ scheme.

The Prime Minister also highlighted India’s focus on environmental sustainability and bio-diversity conservation, and recalled India’s leading role in the establishment of the International Solar Alliance and the Coalition for Disaster Resilient Infrastructure.

Speaking about India’s role in its region as a first responder, Mr. Modi recalled the support provided by the Indian Government and Indian pharma companies for ensuring medicine supplies to different countries, and for coordinating a joint response strategy among SAARC countries.

This was the second time that the Prime Minister addressed the ECOSOC. He had earlier delivered the keynote address at the 70thanniversary of the ECOSOC in January 2016.