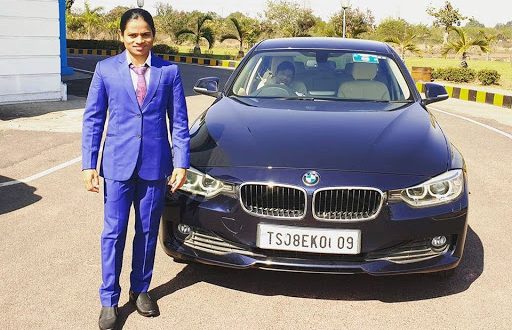 At Last sprinter Dutee Chand has been exposed by Odisha Government

Bhubaneswar:16/7/20: The Odisha Government has provided a total of Rs 4.09 crore as financial support to ace sprinter Dutee Chand since 2015, stated the Department of Sports and Youth Services today.

The statement came after the Sports department received several queries from media on financial support provided by the state government to Dutee Chand. The Department of Sports and Youth Services, in the statement, also highlighted all the support given to Dutee Chand regarding her training.

The state Sports department further stated that the Athletics Federation of India (AFI) and Ministry of Youth Affairs and Sports (MYAS), Government of India may also be providing adequate support for the athlete based on performance.

Last week, Dutee had put up a post on social media with photos of the BMW car, but later deleted it. The post had a message in Odia “I want to sell my BMW car. If anyone wants to buy, contact me on messenger.”

Earlier this week, Dutee had told before media, “It was a difficult decision for me to put up that post… Had there been an Olympics, I would have been all set, but, as the Games have been postponed by a year, I am unable to support myself.”

She said that she later deleted the post following the advice of her manager after there were some offensive comments.

“Due to the ongoing pandemic, all completions have been cancelled. Sponsorships for Olympics are also no longer there. I have spent all my money and haven’t earned anything in the last few months. There will be no new sponsors either during this time so selling my car is the only option left,” Times Now had quoted her.