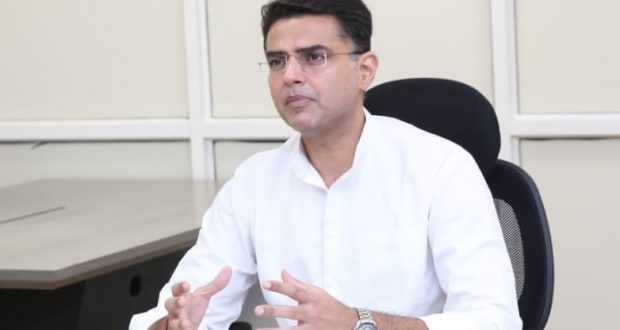 in National July 15, 2020 Comments Off on All Rajasthan PCC panels, cells dissolved 409 Views

Jaipur, July 15: A day after the Congress cracked the whip and ousted Rajasthan PCC chief Sachin Pilot, the party on Wednesday dissolved all working committees, departments and cells of the PCC with immediate effect to pave the way for their reconstitution.

All India Congress Committee General Secretary incharge Avinash Pandey, who issued the orders to this effect, said that since new Pradesh Congress Committee chief Govind Singh Dotasara has been appointed, the new working committees, cells and departments will be set up in consultations with him.

No Congress leader shall talk to the media without the permission of Dotasara, he said.

Meanwhile, the opposition party issued notices to rebel MLAs along with Pilot for allegedly flouting the party whip and not attending Congress meetings called on Monday and Tuesday and asked them to reply within two days.

Pilot who was sacked on Tuesday as both PCC chief and deputy CM for leading the rebellion against the leadership of Ashok Gehlot.