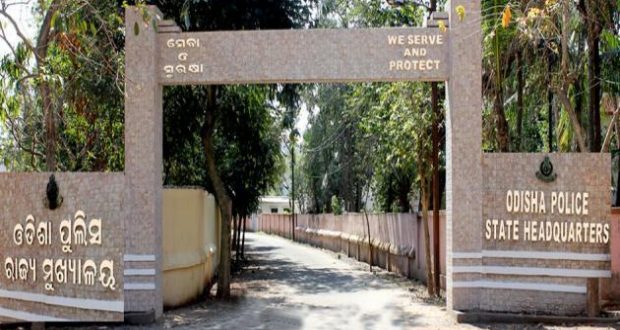 Bhubaneswar:14/7/20: The Odisha Government today effected a major reshuffle at IPS-level which included the appointment of new DCPs in Bhubaneswar and Cuttack.

Dr. Umashankar Dash, who was serving as Puri SP, has been appointed as Bhubaneswar DCP. Similarly, Kandhamal SP Prateek Singh has been given the charge of Cuttack DCP.

ACP Anup Kumar Sahoo has been posted as DIG, Intelligence. Cuttack DCP Akhilesvar Singh has been appointed as SP, Puri.

Praveen Kumar is the new IG, Law and Order while SK Priyadarshi has been transferred as ADGP, CID CB.

Soumya Mishra has been appointed as the DCP, Traffic (Bhubaneswar-Cuttack) while Sagarika Nath has been posted as SP, Sundargarh. Sarah Sharma has been given the charge of Vigilance SP.

M. Akhaya, who returned from Central deputation, has been appointed as CMD, POH and WC. Dr Sarthak Sarangi has been given the charge of SP, CID CB. 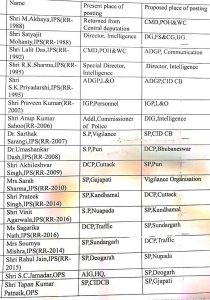