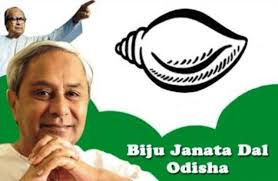 The newly-appointed district in-charges will look into the party’s organisational work in their respective districts.

A press note from the conch party said: “As approved and directed by Biju Janata Dal President, Naveen Patnaik, the BJD has appointed 18 senior women leaders of the party as the district in-charge of the state women committee to monitor organizational work in the districts,” said a release issued by the conch party.

Here is the list of 18 senior women leaders given new task:-

This order comes into force with immediate effect, the press released further stated.