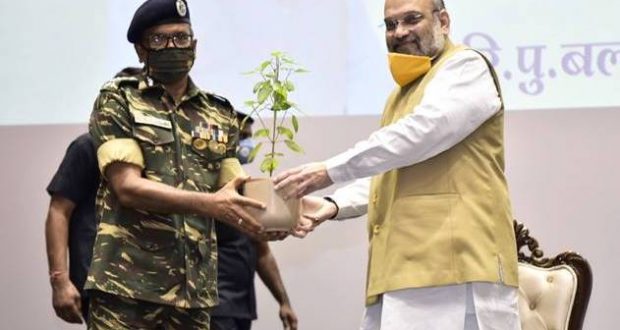 Launching the CAPFs nationwide tree plantation drive in Gurugam, Haryana on Sunday, the Union Home Minister said the CAPFs have lost more than 31 Jawans to the pandemic. He paid his respects to them on this occasion.

The Union Home Minister said that the nationwide CAPF tree plantation drive has set a target of 1.37 crore saplings.

India is fighting a successful battle to contain the pandemic in the country; he said and added that India is doing so with courage and conviction when the health services of the most developed countries were collapsing.

The Union Home Minister said our motto is ‘One People, One Thought, One Nation’.

Shah paid his deep respects to the Corona Warriors of the CAPF who not only provided security and fight terrorism, but also set an example before the nation without bothering about their own life and

2020-07-12
Editor in chief
Previous: As many as 64 fresh cases of COVID-19 has been detected under the Bhubaneswar Municipal Corporation
Next: Odisha Chief Minister shared an animated video and urged people to wear mask