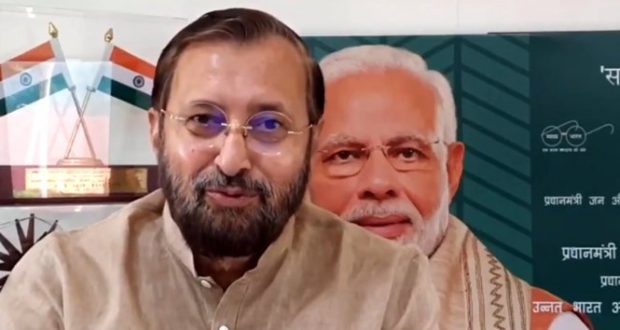 New Delhi: 7/7/20: Union Minister for Information & Broadcasting Prakash Javadekar today said that the Government will soon issue Standard Operating Procedures to speed up resumption of film production in the unlock phase. “To accelerate the restart of film-making that had come to a standstill as a result of COVID, we are also coming up with incentives of production in all sectors, including TV serials, film-making, co-production, animation, gaming. We will be announcing these measures shortly,” said Shri Javadekar addressing the 21st edition of FICCI Frames

In view of the Covid-19 pandemic, the 2020 edition of the annual gathering of the Media & Entertainment Industry is being held in a virtual mode, instead of its usual location by the Powai lake in Mumbai

. The Minister further remarked that the Covid pandemic has forced people to think of new ways to communicate. Virtual gatherings have become the new normal, but the partnerships forged are real”.  He said,  India enjoys  a huge cost advantage in content creation and the Indian content is being watched in over 150 countries worldwide.  The Minister called upon all stakeholders to work together to make progress and harness the soft power of India – media and entertainment.

Delivering the key-note address, Minister of State for Finance, Anurag Thakur said the creative industry has a significant role to play in transforming India into a knowledge based economy. “From volume, the focus must shift to value creation” he added.

Participating in a technical session, Secretary, Information & Broadcasting Amit Khare said,  in films, the role of the government should be that of a facilitator. “Different regulatory structures must be brought in sync to ensure less regulation” he added. Shri Khare also said that the Government was fully in support of granting infrastructure status to the Media & Entertainment Industry and added that some definitions need to be fine tuned.

Niti Ayog CEO Amitabh Kant in his address said every crisis can be turned into an opportunity and India must identify 12-13 sunrise sectors in which it can leapfrog to become global champions to achieve sustainable high growth and create jobs.  He listed  Media & Entertainment industry as one of them.

Expressing similar views, Uday Shankar, Chairman, Star and Disney India and a leading voice of the industry said “the M&E sector is an important part of the creative economy. It can create jobs and businesses and make India shine globally”.  He however, lamented the fact that Indian media industry, especially print, TV and digital remained disproportionately dependent on advertising revenue and said that the Covid pandemic has proven that this arrangement is a major set back.  He said “if the industry has to grow, it needs to shed its dependency on advertisement,”

Sanjay Gupta of Google emphasized on the Covid induced disruption of the media and entertainment industry in the country. He said, the sector may shrink from $ 20 billion to $ 15 billion in  2020-21, but has the ability to bounce back as a ‘creative powerhouse.’  He called for simplification of the taxation framework and adoption of a light touch regulatory approach for industry to grow to its full potential.

FICCI Frames Virtual Summit , which will be on till 11th July, will see leading experts of the industry exchange views and ideas on various aspects of media and entertainment sector.  Italy is the focus country of FICCI-Frames 2020.

2020-07-07
Ashok Palit
Previous: Rajnath Singh chaired a high-level meeting to review the progress of various infrastructure projects
Next: Finance Minister holds review meeting on CAPEX of 23 CPSEs to boost expenditure in the economy 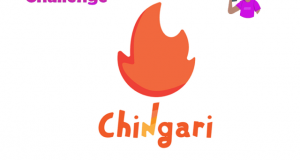 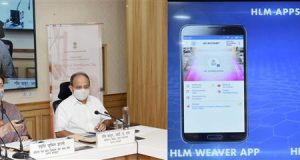 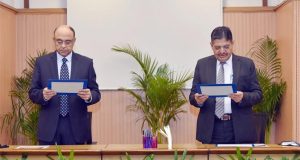