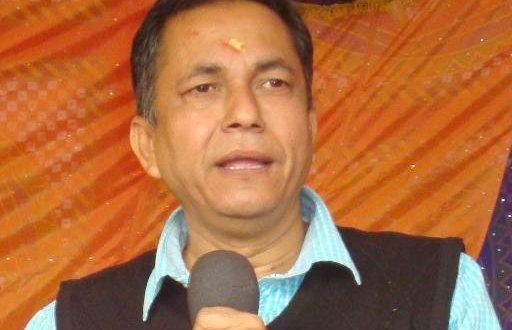 The MLA from Nilgiri assembly constituency will be admitted to a COVID-19 Hospital in Balasore, they said.

Nayak said he had attended some meetings in his constituency and was also present at the funeral of ex-MLA from Balasore Madan Mohan Dutta.

In view of the rising number of COVID-19 cases across the state, Odisha Assembly Speaker S N Patro has announced suspension of all scheduled meetings of various committees of the House.

Nayak had attended meetings in Bhubaneswar and in his home constituency apart from participating in a gathering of women self-help groups (SHGs).He also took part in a meeting at Chhatrapur village.A senior officer of Balasore district said a contact-tracing exercise is underway to identify people with whom Nayak had been in close contact. Balasore district sub-collector Harischandra Jena said his office is being sanitised as the MLA had visited the place two days ago.He appealed to people not to visit government offices for the time being unless very urgent.Balasore district has reported 412 COVID-19 cases, of which 324 patients have recovered from the disease. The number of active cases in the district stands at 86.

Mentioning that both the Ministry of Health and the Odisha Health Department have cautioned that the month of July would be crucial in tackling the COVID-19 crisis, the speaker said the decision to suspend the assembly committee meetings has been taken keeping in mind the rising number of coronavirus cases across the state.Meetings of several standing committees of the House were held last month, he said.

Replying to a question, the speaker said, “The Monsoon Session of the Assembly was supposed to be held in August end or September. We will act in accordance with the decision to be taken by both the Centre and the state government.”

Criticising the speaker’s action in suspending the meetings, BJP chief whip Mohan Majhi said, “There is no need to suspend assembly committee meetings as they are attended by 10-12 members. This could have been done through video conferencing.”

2020-07-06
Editor in chief
Previous: Odisha Chief Minister urged the people to abide by the norms of COVID-19
Next: Odia’s short film ‘MISSTEP ’to go a long way to both entertain and enlighten