Top Headlines
Home » State News » 6.30 cr saplings will be planted on 1.30 lakh hectares of land in the state during the monsoon season: Bikram Keshari Arukh 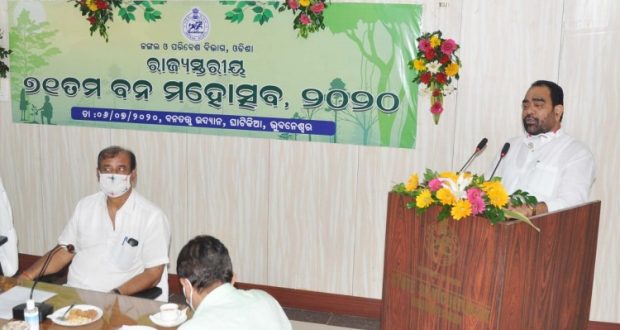 6.30 cr saplings will be planted on 1.30 lakh hectares of land in the state during the monsoon season: Bikram Keshari Arukh

Addressing a function at Ghatikia here on Monday to mark the occasion of the 71st Van Mahotsav, the Odisha Forest & Environment Minister said that 36.14 per cent of land in Odisha is covered with forest, as per a National Ssurvey conducted in 2019.

Minister Arukh said: “From 2015 to 2019, nearly 1,160 sq kms dense forest and 662 sq kms of open forest have been enhanced.” He said the purpose of planting saplings is to create awareness among the people towards the establishment of an eco-friendly planet. 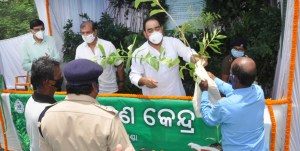 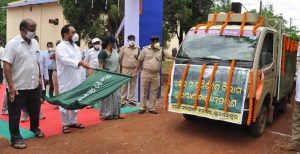 on the occasion, PCCF Sandeep Tripathi said that this year 13 crore new saplings have been produced which is the highest by the forest department so far.The public will also be involved in the distribution of these saplings. He said in urban areas people can get the saplings from distribution centres directly.

Tripathy said the seedlings will be sold at a nominal price of Re 1 for the public. As many as 138 mobile vans and 183 Kiosks have been set up in different forest divisions. Thirty-six mobile van and 24 Kiosks were provided in Bhubaneswar, Cuttack, and Puri.The forest officer said in view of coronavirus pandemic, the saplings will be distributed by maintaining social distance.

Dr. Sharma suggested that large scale afforestation planned for the state will help in environmental conservation and help in ameliorating climatic changes.

Science & Technology Minister appreciated the effort of forest wing in maintaining greenery in the capital city. He suggested that efforts should be made for the greening of Deulia Hill and Dhauli Hillock.