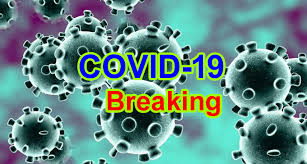 Of the 229 fresh cases, 193 are reported to be home quarantine cases while the remaining 36 are local contacts cases.

Ganjam continues to report the highest number of cases from Odisha with 95 cases reported Thursday. Trailing Ganjam are Balasore, Jajpur and Khordha with 24, 22 and 21 cases respectively. The number of positive cases from the other districts are Cuttack(12), Sundargarh(17), Jharsaguda(10). Bolnagir has reported 7 cases while Nayagarh, Puri and Boudh have reported five, four and three cases respectively. Mayurbhanj has two cases whereas the tally of Deogarh, Gajapati, Jagatsinghpur, Koraput and Angul stands at one case each.

With this, the total active cases in the state stands at 2157 while 5353 people have recovered from the infection so far. The total number of recoveries reported Thursday stands at 164.

The number of deceased reached 27 after two new death cases, one a 49 years old male of Ganjam and the other a 57 year old from Angul district, were reported Thursday, informed the I & PR Department.

Odisha has now tested a cumulative total of 274672 cases.