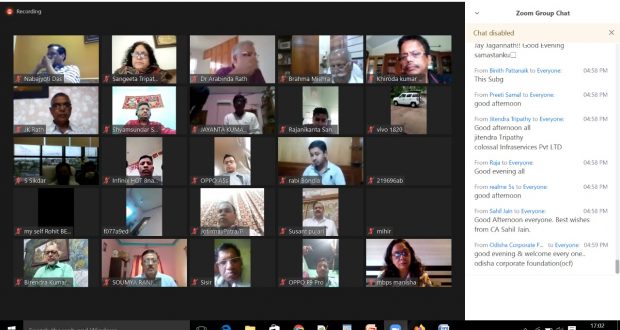 New Delhi/Bhubaneswar28/6/20:: Union Minister Shri Dharmendra Pradhan on Saturday called upon all stakeholders of industry to take responsibility to help Odia businessmen, particularly youth become efficient entrepreneurs.
While participating in a webinar titled ‘Financial packages and opportunities for MSME in Odisha’ organised by Odia Samaj, New Delhi, the Union Minister said that, in Odisha, there is no shortage of resources, skills, raw materials, hard-working human resources, and own markets to develop MSME sectors, including ancillary sectors.
The Union Minister said that both the Central and State Governments are jointly working for the development of MSME sector.
Odisha has enough infrastructure to connect itself with world trade. Keeping this aspect in mind, we have to take Odisha in that direction, said the Union Minister.
The Union Minister also laid emphasis on preparation of detailed plan to boost the MSME sector in Odisha. In states like Odisha, an ecosystem should be developed among bankers and entrepreneurs to facilitate the industry.
The Union Minister added that many Odias have occupied crucial positions in the financial sector both in the country and abroad and are doing quite well, including the stock market, the banking and accounting world, and the financial capital of the country, Mumbai. We can utilise this asset to develop the financial service industry in Odisha. 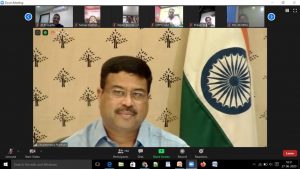 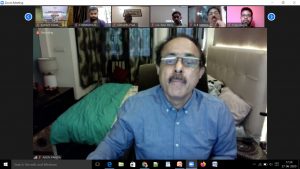 Participating in the webinar, Debasish Panda, Secretary, Department of Financial Services, Government of India, said the Centre has given huge priority to the MSME sector in its financial package, which will provide ample opportunities for MSME businessmen and new entrepreneurs to become self-reliant.
Loans will be easily available without paperwork for existing borrowers. If the bank refuses to lend, the state and district level banking committees can be contacted.
Even first-time borrowers can avail up to Rs. 2 Crore loan without collateral.
* Arun Panda, Retd.IAS and Former Secretary MSME, Govt. Of India said, SUCCESSFUL MSME WILL GIVE EMPLOYMENT OPPORTUNITIES TO RURAL SKILLED PERSONS AND ARTISANS. Investment in value-added services for the agriculture sector can double farmers’ income.
* Hemant Sharma, Principal Secretary, Department of MSMEs, Government of Odisha, highlighted the 6 priority MSME sectors of Govt. Of Odisha.
He assured that the state government is taking adequate measures to take advantage of the recent measures taken by the Government of India to boost the MSME sector.
He also clarified that Odisha is an electric power surplus state. And the electricity charge is quite competitive compared to other states.
* Sanjay Singh, Chairman IDCO elaborated about 30 MSME Parks in 30 districts of the state and the ease of doing business. He explained about the Plug and Play Industrial Parks developed by the state govt to give required impetus to investment.
* Ashok Pradhan Former MD & CEO, UBI advised the banking sector to create an environment for timely lending by banks without which the state would lag behind other states. He stressed on the need to give importance to value-added agro products in order to compete with China.
President of Odia Samaj, Shri Sidhartha Pradhan gave the vote of thanks. The Webinar was well attended by more than 1000 representatives from MSME sector of Odisha to gain an insight into the opportunities and possibilities for MSMEs in Odisha.
2020-06-28
Ashok Palit
Previous: Cuttack Municipal Corporation have declared a part of CDA Sector 9 as containment zone
Next: Puri:28/6/20:Dakshina Moda’ ritual or the southward turn of the three chariots of Lord Jagannath and his siblings parked outside Gundicha Temple was held

Chief Spokesperson for COVID-19, Subroto Bagchi has warned that coronavirus infection can be fatal

Central government has decided to postpone JEE and NEET examinations.

New Delhi:3/7/20: Keeping in mind the safety of students and to ensure quality education the government has decided to postpone JEE and NEET examinations. JEE Main examination will be held between ...