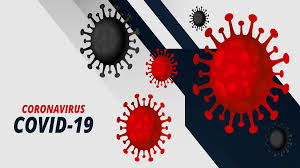 Bhubaneswar:27/6/20: Odisha reported one more COVID-19 fatality on Saturday, taking the death toll to 18 as 170 more people, including an NDRF jawan, tested positive for the virus, pushing the tally to 6,350.

In a statement issued on Saturday, the Health Department said a 68-year-old COVID-positive man died in Ganjam district.

The victim was also suffering from co-morbid conditions of hypertension and diabetes, it said.

With this, the COVID deaths reported from Ganjam district increases to nine. Four deaths were reported from Khurda, three from Cuttack and one each from Bargarh and Puri. The state had reported its first COVID death in Bhubaneswar on April 6, the official said.

Besides this, seven other COVID-positive persons have also died but the reason of their death was due to other diseases, the official said.

Of the 170 fresh cases, 143 were reported from quarantine centers, where people returning from other states are lodged for preliminary observation, while 27 others were local people, he said.

The number of active cases in Odisha now stands at 1,903 as 4,422 people have recovered.

Of the fresh cases, 169 were reported from 14 districts while one belonged to the NDRF.

Fifty-eight cases were reported from Ganjam district, followed by 19 each in Khurda and Nabarangpur, 16 each from Gajapati and Rayagada, 14 from Cuttack, six each from Puri and Kendrapara, five from Malkangiri, three each from Jajpur and Nayagarh, two from Sambalpur and one each from Koraput and Bargarh districts, the Information and Public Relations department said.

The NDRF jawan, who tested positive, had returned from cyclone Amphan restoration duty in West Bengal. The total number of disaster response personnel of the NDRF, the ODRAF and the Odisha Fire Service infected by the virus increases to 290. All of them had returned from West Bengal cyclone duty.So far 2,49,908 samples have been tested in the state

Positive Cases
2020-06-27
Editor in chief
Previous: Rising vegetable prices have dealt a blow to the consumers
Next: India took just six days to jump from 4 lakh to 5 lakh cases COVID-19