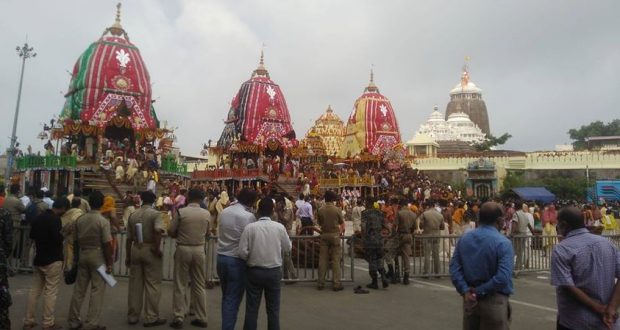 Puri: 23/6/20: The chariots of the Holy Trinity reached Gundicha Temple on Tuesday as the festival of Rath Yatra was celebrated with restrictions as per the Supreme Court’s directive. The three chariots were pulled by police personnel, sevayats, and officials. Devotees were not allowed as curfew was clamped in the district. 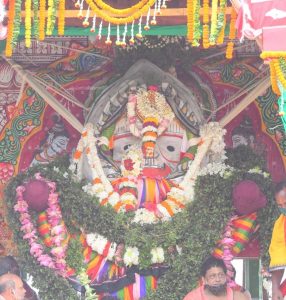 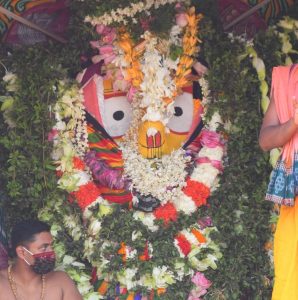 No other person was allowed on the Badadanda apart from servitors, security personnel and other officials of the State government and the Shree Jagannath Temple Administration (SJTA).

The world-famous Rath Yatra was viewed by millions around the world through their television sets. The entire Puri district was under shutdown restrictions during the pulling of chariots.

Puri Gajapati Maharaj Dibyasingha Deb who performed Chhera Panhara ritual said it is difficult to imagine Rath Yatra in Puri without devotees, but added that Lord Jagannath must also be searching for His devotees on Badadanda. 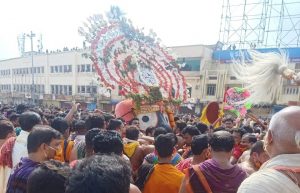 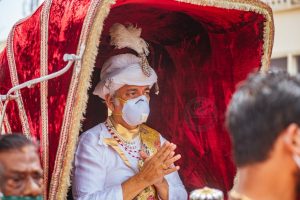 The Puri king said Jagannath is the Lord of the Universe and he stepped out of Srimandir to give darshan to everybody. As per tradition, the chariot of Balabhadra was pulled first, followed by Goddess Subhadra and Lord Jagannath’s chariots.

Despite the disappointment of numerous devotees for not being able to get a glimpse of Lord Jagannath on this special day from Badadanda, they were content that the Rath Yatra was not cancelled in view of  COVID-19 pandemic.

The Supreme Court on Monday allowed the conduct of Rath Yatra in Puri only after hearing several petitions filed seeking modification of its earlier order.