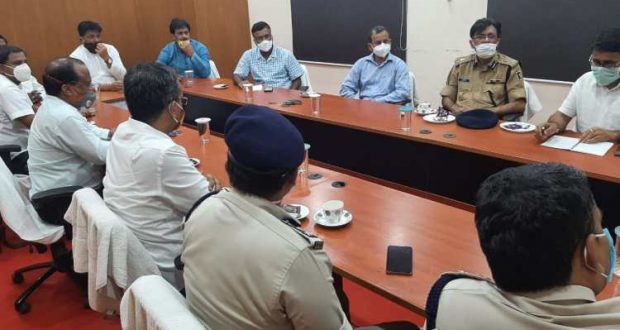 Puri:22/6/*20: The entire Puri district will remain shut down from 9 pm tonight till 2 pm on Wednesday for smooth conduct of Rath Yatra, DG Police Abhay said here on Tuesday.

The Odisha DGP said that the police administration will strictly enforce the curfew across the district and during the period no one will be allowed to move out of their house. The DGP added that even the locals of Puri will not be allowed to come out to Badadanda (Grand Road).

DGP Abhay said the forces were mobilized in Puri since Sunday evening. The primary objective is to conduct the event smoothly and incident-free. Nearly 50 platoons of police personnel have been deployed for the purpose, he added.

He said the arrangement and deployments were designed for the first two days of Rath Yatra and the decision will be taken later as per requirement.

Earlier, the Supreme Court had not allowed the administration to conduct the world-famous car festival following a petition on June 18. The three-judge bench headed by Chief Justice SA Bobde on Monday has allowed the holding of the famous festival. This has brought cheers among numerous devotees.