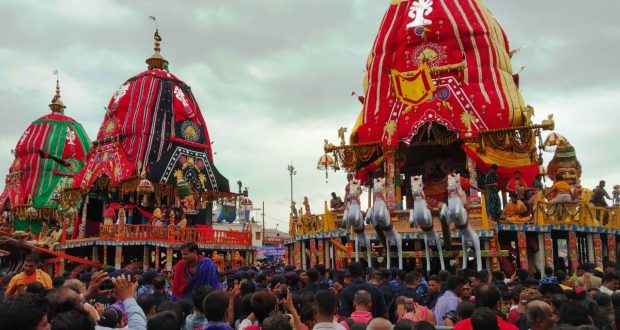 Bhubaneswar:19/6/20: A day after the Supreme Court disallowed the annual Ratha Jatra of Lord Jagannath and his siblings in Odisha’s Puri, a modification petition was today filed in the apex court.

As per reports, petitioner Aftab Hossein from Nayagarh has sought partial modification in the Supreme Court’s previous order. Hussain, in the petition, prayed the court to enforce complete shutdown during the conduct of the rituals in the holy town.

Petitioner’s advocate Pranaya Kumar Mohapatra said the writ petition hasn’t been listed for hearing and it will be listed on Monday.

The Supreme Court’s ruling came on a plea by an NGO seeking direction to stay the holding of the festival. The plea filed by NGO Odisha Vikas Parishad claimed that presently the entire nation including Odisha is facing an unprecedented situation due to Covid-19, where the lives of the common people are at a huge risk.

The plea cited the May 7 letter issued by Ministry of Home Affairs, which granted permission to the state government to carry out the construction of chariots for the conducting of the Ratha Jatra subject to the condition that no religious congregation takes place while it is constructed and adherence to stipulations provided in the guideline issued on May 1.

A bench, headed by Chief Justice S.A. Bobde and comprising Justices Dinesh Maheshwari and A.S. Bopanna, said such gatherings cannot take place during the ongoing pandemic. “Lord Jagannath won’t forgive us if we allow it.”