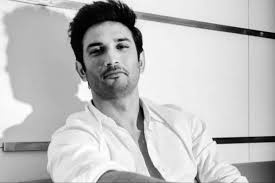 Mumbai:14/6/20: Noted Bollywood actor Sushant Singh Rajput committed suicide today. The Police said that Sushant was found hanging at his Bandra residence in Mumbai. The actor was 34 years old. DCP Pranay Ashok, Spokesperson of Mumbai Police said the reason behind his suicide is not yet known as no suicide note has been found.

Sushant’s death comes barely a week after his ex-manager Disha Salian committed suicide last Monday by jumping off the 14th floor of her apartment in Mumbai. Sushant, who hails from Bihar, was the youngest child in his family. He is now survived by his father and four elder sisters.

AIR correspondent reports, shock gripped the Bollywood industry and the public alike after the news of Bollywood and TV actor Sushant Singh Rajput’s passing away broke out today. Condolences poured in from all quarters for the highly-talented actor who won several awards for his roles in movies like M.S. Dhoni: The Untold Story, PK and Kedarnath.

Several Bollywood personalities including Shah Rukh Khan, Akshay Kumar, Sanjay Dutt and others mourned the loss of the talented artiste. Superstar Shah Rukh Khan said he will miss the actor’s energy and smile. Sushant pursued Mechanical Engineering at Delhi Technological University (DTU) before making his foray into acting through TV serials. He became a household name with his role in the popular TV show “Pavitra Rishta”

Sushant made his film debut in the buddy drama Kai Po Che! in 2013, for which he received a nomination for the Filmfare Award for Best Male Debut. He then starred in the romantic comedy Shuddh Desi Romance in 2013 and as the titular detective in the action thriller Detective Byomkesh Bakshy!  in 2015. His highest-grossing releases came with a supporting role in the satire PK in 2014, followed by the titular role in the sports biopic M.S. Dhoni: The Untold Story in 2016.

For his performance in M.S. Dhoni biopic, he received his first nomination for the Filmfare Award for Best Actor. Sushant went on to star in the commercially successful films like Kedarnath in 2018 and Chhichhore in 2019. Call it irony of life, in his last film ‘Chhichhore’, Sushant counsels his on screen teenage son, who tries to commit suicide after failing an entrance exam.

2020-06-14
Editor in chief
Previous: Out of 186 fresh COVID-19 cases reported in Odisha, 16 have been detected from Bhubaneswar
Next: Union Petroleum Minister made an aerial survey and visited the Baghjan blowout site