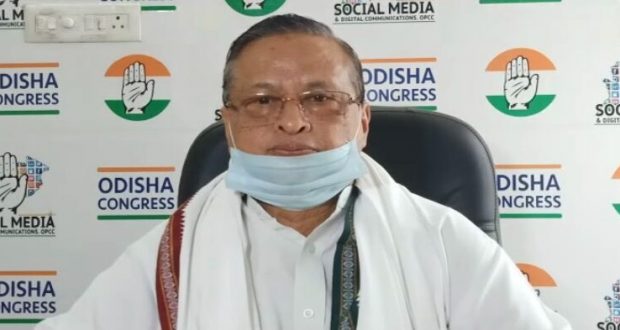 Bhubaneswar:9/6/20: The Odisha unit of Congress on Tuesday sought clarification from Chief Minister Naveen Patnaik over the alleged irregularities in the procurement of PPE kits for COVID-19.

Alleging that there was massive corruption in the purchase of personal protective equipment (PPE) in the state, Odisha Pradesh Congress Committee (OPCC) President Niranjan Patnaik also demanded the resignation of the ministers and all those involved in the corruption.

When several other states procured masks between Rs 1.34 and Rs 8.47 per piece, Odisha procured 30 lakh masks from a Tamil Nadu based company at Rs 16 per piece, said Patnaik.

“Where other states are procuring masks at Rs 8 per piece, the Biju Janata Dal government bought 30 lakh masks at a double price? Instead of Rs 2.40 crore, they paid Rs 4.80 crore. BJD has scammed even life saving medical supplies. An independent probe must find out in whose pockets did these crores land up,” demanded the PCC president.

He also accused Odisha State Medical Corporation Limited (OSMCL) of purchasing an RT-PCR machine for around three times its price.

RT-PCR machine which costs around Rs 4-5 lakh has been bought at Rs 12.84 lakh by the state government, he added.

“We are not demanding the resignation of Chief Minister Naveen Patnaik on the matter as BJD enjoys majority in the state. But, we want him to clarify whether there have been irregularities in the procurement or not. We demand the resignation of the ministers and all those involved in the corruption,” said Patnaik.

The OPCC president said that the party will move to the Central Vigilance Commission (CVC) and the Lokayukta demanding a probe into the scam.

“Health Minister has refused to respond to our questions on the scam. He said govt officials will respond. I want to ask him – did people vote for bureaucrats or BJD leaders? The Chief Minister’s silence has upset people very much,” said the PCC president.