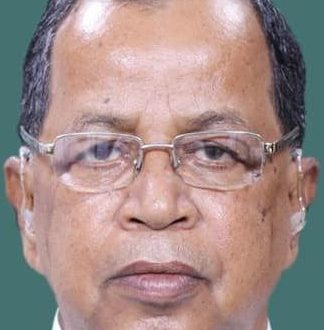 Bhubaneswar9/6/20:: Former Union Minister Arjun Charan Sethi passed away while undergoing treatment at a private hospital in Bhubaneswar today. He was 79. He was the Union Minister of Water Resources in Atal Bihari Vajpayee-led government at the Centre from 2000 to 2004. 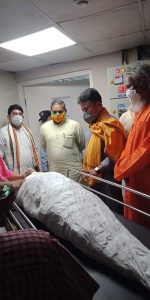 Chief Minister Naveen Patnaik expressed deep grief at Sethi’s passing away. Describing him as an able administrator, Naveen said during his long stint in public life, Sethi had earned the goodwill of people for his dedicated service. Odisha has lost a political leader of high stature, he said.

2020-06-09
Editor in chief
Previous: Sambalpur police have taken the reference of’ Shaktimaan’ to spread awareness for coronavirus
Next: With 146 more persons tested positive for COVID-19 in Odisha taking the tally to 3140