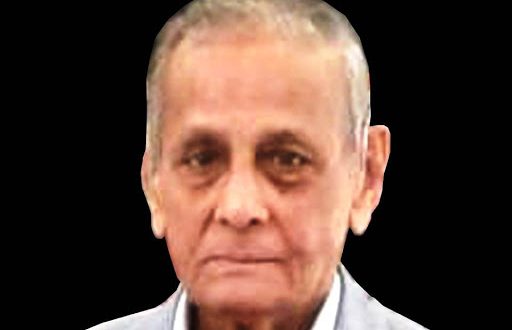 Bhubaneswar:6/6/20: Eminent Scientist, International Author, and former Dean at College of Agriculture OUAT Prof. Dr. Gyanendra Nath Mitra, one of nation’s leading research scholars, left the world at his home in Bhubaneswar after a brief period of illness. He was 90.

As India got Independence, the challenge to make Indian food rich was entrusted in the hands of scientists.Dr.Mitra belonged to that genre of scientists who studied in Indian Agriculture Research Institute and Missouri University, USA to learn the technological know-how and make India food rich. The country soon ushered in the Green Revolution. He had more than 200 International and national research publications to his credit. Though he was a scientist in Biochemistry and Soil Sciences, he had a deep interest in other areas ranging from social sciences religious texts literature as knowledge knows no bounds, this was reflected in his publication on the Encyclopedia of UN Sustainable Development Goals approved to be published by Springer,2020. His book on “Regulation of Nutrient uptake by PlantsA Biochemical and MolecularApproach”.He wrote on a number of articles in the editorial of English newspapers regularly which ranged from history to philosophy and was a reader’s delight.

From the time he joined as a scientist, he has groomed and nurtured thousands of students with a motto to “serve the nation” and make India self-reliant, however, with a scientific approach.

As a DeanHead of Department (HOD), Soil Science and Agricultural Chemistry at College of Agriculture OUAT, he was known for his affectionate yet strong administrative skills that ensured students were disciplined explored new horizons and continuously challenged themselves value he believed deeply, wherein he gave his last lecture on QUANTUM BIOLOGY.

Post-retirement he was in Planning Commission, Government of India, and as a Consultant for RajasthanState Mines &Minerals, he was coordinating with 9 Universities across the country on research on Rock Phosphate.

Born on 1st August 1930, he led a fulfilled life and has left a vacuum in the lives of his students, friends his beloved students, wife, and three children with his indelible impression.

2020-06-06
Editor in chief
Previous: Bhubaneswar Municipal Corporation has released the details of five new COVID-19 positive cases
Next: OSRTC will resume bus operations on 66 routes across the state from Monday